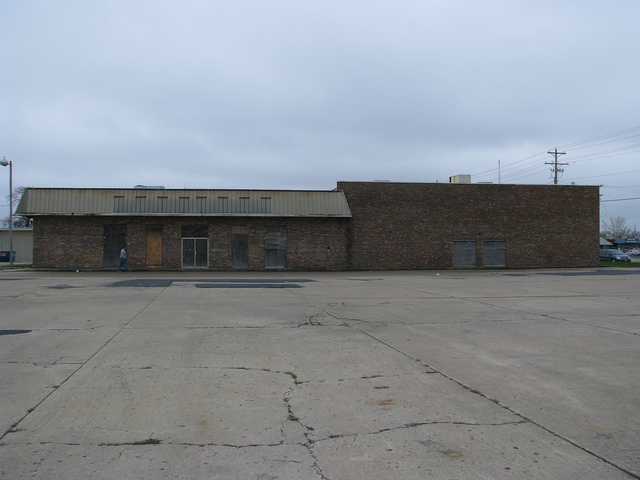 Went out and got some up close pictures today.

good memories from this theater.i remember seeing firefox with clint eastwood,the canonball run,and ghostbusters (which i’m going to see again this weekend in paducah,ky during the one week only limited 30th anniversary rerelease.i also saw e.t.there.i took my first date there,(don’t remember what we saw) the last two movies i saw there were batman and lethal weapon 2 in 1989.about a year later the illinois centre place 8 theater opened.that was during the stadium theater boom.i don’t think t and c lasted much longer after that.i moved away that same year. haven’t been to marion in a while.i was wondering if the theater is still standing.i know it broke my heart everytime i went back and saw it boarded up.

The theater was finally torn down last month.