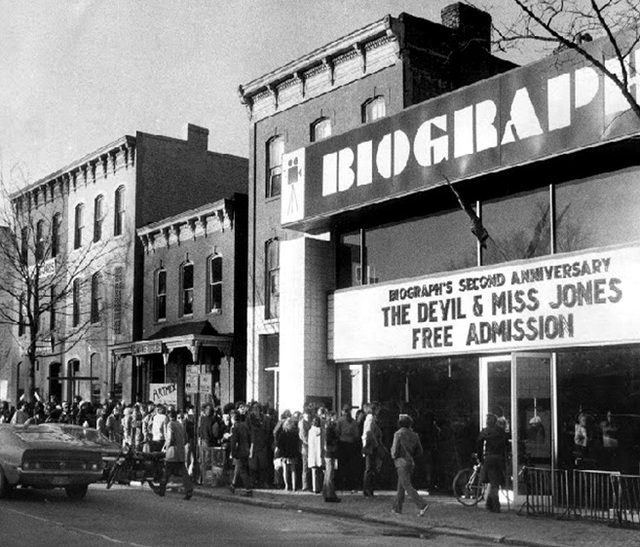 The Biograph Theatre opened on February 12, 1972 with Alan Bates in “King of Hearts” & Jason Robards in “A Thousand Clowns”. It screened classic Hollywood films with art house and foreign films in repertory programing, with a different program every day. It was twinned on September 13, 1974. “The Rocky Horror Picture Show” ran at Midnight on Friday and Saturday nights from 1978 until 1982.

Closed in 1987, it last operated as the Grace Street Cinemas. The building is currently home to the Hyperlink Cafe.

As of at least sometime in 2009, it is now home to the Xscape Ultra Premium Lounge. The building is currently owned by Charles Lambert.

A picture of the theater as the Biograpg can be seen here.

reopened as a twin cinema on September 13th, 1974. Another ad posted.