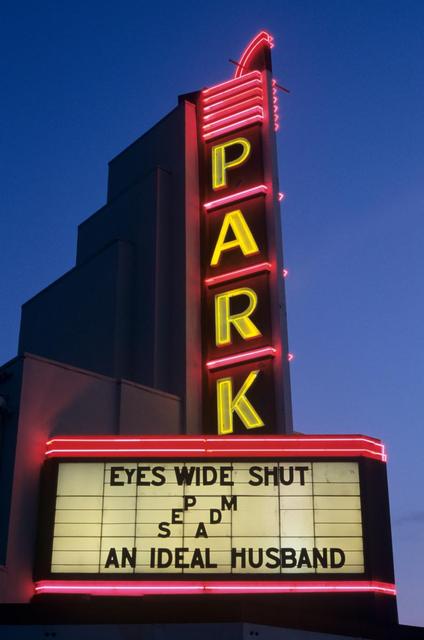 The Park Theatre was constructed in 1941 and was taken over by Renaissance Rialto in 1987. The Park Theatre closed in September 2005, and was purchased not long after by a group of businessmen who plan on converting the theatre to another, as of yet unspecified, but non-theatrical, use.

It was taken over by CinemasSF in February 2022 with a planned reopening for 2023.

According to that article, it was bought by a “real estate investor”—Doesn’t sound good to me.

In that same article, it mentions that Renaissance Rialto may give up on the Orinda theater when its lease is up in a year. This is even more disturbing news.

Lived in Walnut Creek in early ‘50s, remember, as a kid, going with older Sis 'n Bro to the Park to watch 'Quo Vadis'when it first came out. Thought it nicer than the little W.C. 'house’. Of course the “Orinda” had them both beat on ‘Facades’ & Interiors!

Is it possible to try to save this Theater with the help of the City of Lafayette? Could a non-profit foundation be set up to purchase the theater and continue its use as such?
Barry Hunau
38 year resident of Lafayette who loves this theater

I met with city officials last year to look into reopening the Park. The city is all for it and will even allocate funds for exterior improvements, however the greedy scheister land owner isn’t budging. He bought the Park and talked just the right talk to appease folks about conversion to nightclubs or dinner theatre. Then he bought the apartment building just behind the theatre. Then he submitted a plan to the city to knock them both down for commercial use, or housing use. He can’t meet the parking requirements so the city wont allow him to proceed, so he’s just letting it sit there and deteriorate until it hopefully falls down or ends up in such a state of disrepair that the city won’t object to him just knocking it down and building just what lafayette needs…::sigh:: more Starbucks or townhouse space. You should ask the city where the guy lives and take a leak on his front door.

Does anyone know what’s happening with this theatre or who the owners are? It’s been empty for a long time and it’s not listed on the market for lease or sale. I love the property and would really like to see something happen with it. If anyone has information I’d love to know.

Latest update: the alleged current owner of the theater is having a feasibility study done as
to if the Park can reopen and what it would take after being shuddered and not maintained in that time.

It can be done but it’s got to be done the right way and I pray this guy is not an egomaniac and has some knowledge of how the business works. I just can’t see and hope I never do see the marquee ablaze with “Twilight Eclipse” as the route they go because that just won’t work there.

Looks like The Park may soon become an ice cream parlor: View Link

Any new info on this theater? I’ll be moving a few blocks away from this location and would sure love to see it resurrected for cinematic use.

Hey all! There’s a new movement going on now to Save the Park! Please check out the blog and sign the petition: www.parktheaterlafayette.wordpress.com Glad to have found this site and all of the past comments by like minded folks!