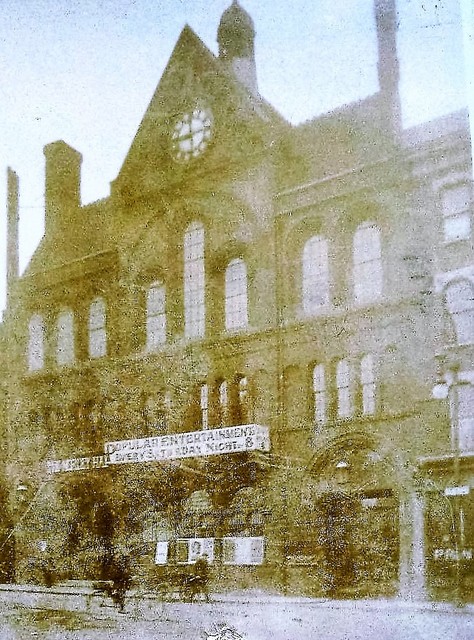 Located in the east London district of Hackney, on the corner of Mare Street and Westgate Street, near London Fields. The Morley Hall was being used as a cinema by September 1907. It gained a Cinematograph Licence in 1910, and continued in cinema use until 1919. It was fitted with a pipe organ (make unknown).

Today, Morley Hall is in use as the City Edge, Business Training & Conference Centre, with the entrance facade modernised. At the rear of the building the name ‘Morley Hall’ is visible in the stonework, when viewed from the railway line.