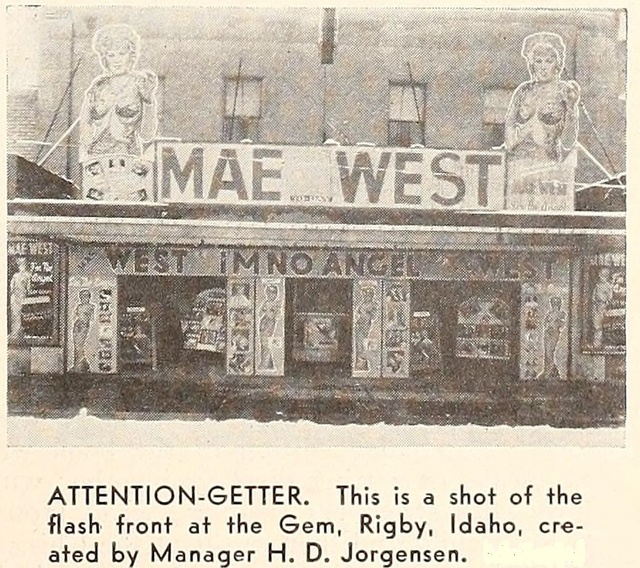 The Gem Theatre opened on April 10, 1926 with Wallace Beery in “Behind the Front”. The Rigby Star said its original seating capacity was 400. The Gem Theatre had a name change to Main Theatre on April 14, 1938, and advertised regularly on the movie pages with its competition, the Royal Theatre, through the early-1960’s.

A September 18, 1953 article in the Idaho Falls Post-Register told of the Main Theatre’s $2,000 installation of 3-D. It appears that they beat the much larger town of Idaho Falls to the draw on this technology, as the Post-Register reporter who saw the demonstration of 3-D for the first time came away very impressed. Owner Hugo Jorgensen, a native of Denmark who came to Rigby in 1923, said he also owned a theatre in Garland, Utah with his brother. Mr. Jorgensen built Idaho Falls first drive-in, the Motor-Vu Drive-In, in 1947.

The Post-Register said in October of 1965 that Marshall’s Furniture had purchased the adjacent building, formerly occupied by the Main Theatre, in order to expand their business. In 2009 the building was serving as the city recreation center.