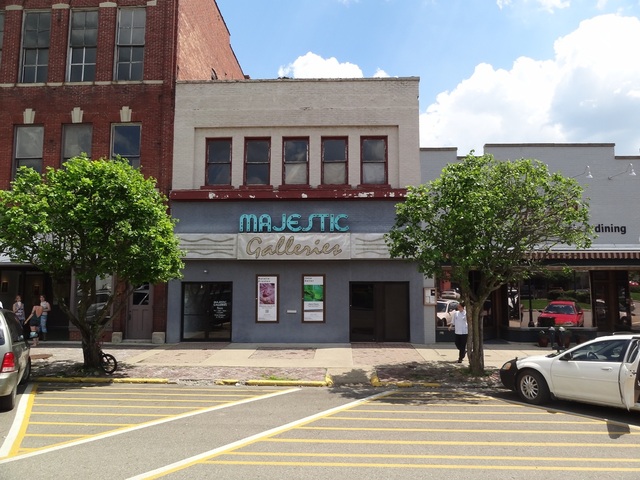 The Majestic Theater was operating as far back as 1930. The building is currently home to an art gallery.

There is another theater in Nelsonville, also on Public Square. Stuart’s Opera House opened in 1879 and operated until 1924, then was closed for decades. It was reopened in the 1970s. It’s not listed here in Cinema Treasures which is a hint that it never showed movies. The 1897-98 edition of the Julius Cahn Official Theatrical Guide says it had 1,042 seats and that it was an “upstairs house” on the second floor. Today, it’s a performing arts house, still using its original name.

A house called the Majestic was one of two theaters listed at Nelsonville in the 1914-1915 edition of The American Motion Picture Directory. The other was called the Pearl Theatre. At various times Nelsonville also had theaters called the Pastime and the Orpheum.

Also, Stuart’s Opera House was listed in the 1927 FDY, so it must have been showing movies at that time.