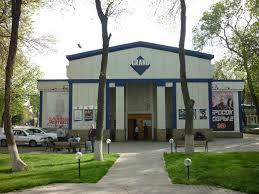 A magnificent modern cinema built after the 1966 earthquake which destroyed most of central Tashkent.

The Grand Cinema screens films in Russian and Uzbek languages.