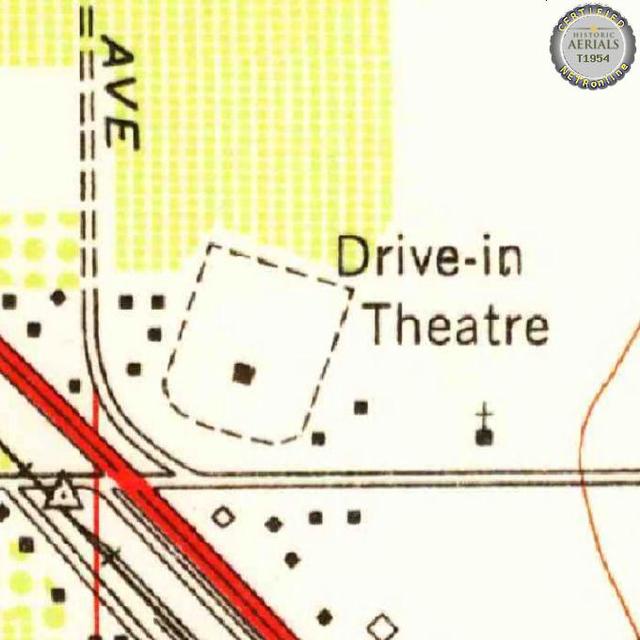 Not to be confused with the Motor-In on Highway 99 in Malaga, although both were operated by Stanislaus Motor-In Inc and Redwood-Lippert Theatres. The Motor-In Theatre was opened on August 14, 1947 with Jeanne Crain in “In the Meantime, Darling” & Robert Mitchum in “Nevada”.

The approximate location of this drive in was Salida Avenue and Kiernan Avenue. It was northeast of this intersection. Half the property became a park on Kiernan Court. The other half was taken out by Highway 99.

Salida’s Motor-In’s first appearance in the Film Daily Year Book’s drive-in lists was the 1949 edition. It was the Motor-In in the 1948-49 Theatre Catalog, but the next edition called it the Modesto Motor In, capacity 443, owned by the Lippert circuit. By 1952, the Catalog called it the Modesto D. I., capacity 573. (In the 1955-56 edition, the Catalog gave up and just called it Drive In.)

For an address, you could use 4710 Kiernan Ct, which is adjacent to the back half of the Motor-In’s old viewing field. According to a March 2019 Google Street View, that field was/is a vacant lot for sale.