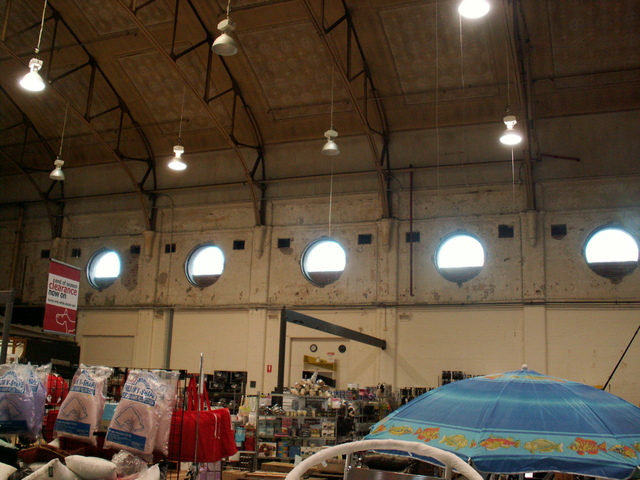 Located in the Fitzroy district of Melbourne. From Johnston Street this very large building does not look like much- At some point the ornate facade which once had several large windows, has been stripped and covered over with metal sheeeting. The inside of the building has been almost completely stripped.

However the impressive Art Nouveau pressed ceiling is still intact over the entire area of the beautifully curved sweep of the ceiling which covers the whole auditorium in an unbroken curve, supported by huge cast iron beams which rest on pointed supports above the round windows which run along the side of the building. Some parts of the original paint detailing is still visible, especially around the proscenium where the original monogram "ST" for Star Theatre is still visible.

All other internal features such as the circle and entrance foyers have been demolished. This is none the less an impressive space and probably dates to the latter part of the 19th century. It operated as the Star Theatre, and later Lyric Theatre screening films from 1922 until closing in 1952.

In the mid-2000’s, it had been in use as a furniture store, but had closed. By 2010, the building is in use as the Dogs Breakfast Trading Company.

Dog’s Breakfast now closing down – building may soon be demolished.