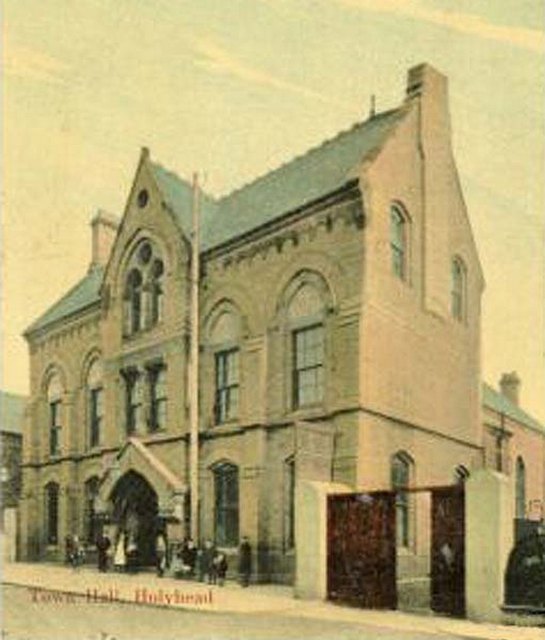 This was first licenced in 1910 under the Cinematograph Act of 1909 (although it is thought that films were shown here regularly from 1908) under the control of Messrs Davies and McCormack (later to have the Empire Cinema, Holyhead built).

There is anecdotal evidence that Arthur Cheetham showed films here in 1901 whilst filming his short of ships arriving in the harbour. It seated approximately 800 patrons and had a proscenium of 24 feet in width and a stage 18 feet deep. Prices were 2d to 9d and it ran on cinema/ theatre lines at least initially. Ellen Davies, Mr. Davies wife had taken over as lessee and Manager by 1928, which might explain the suggestion that the same husband and wife team ran the Guildhall, Caernarfon as the early progression is the same in both cases.

Sound was fitted here although no record exists of the system used and the cinema had the distinction of showing the first sound film on Anglesey, "The Jazz Singer". Shortly afterwards the cinema closed however, never to re-open.