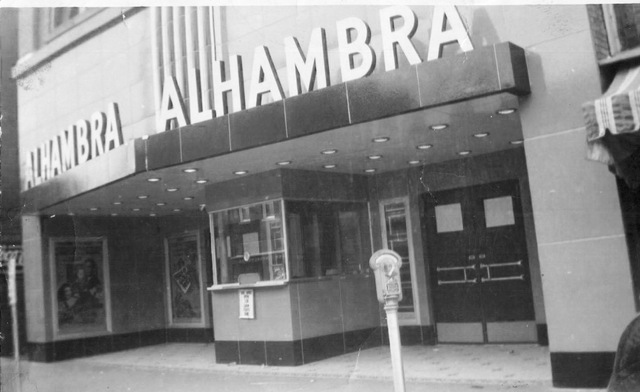 The theatre closed in 1956 and has since been retrofitted for retail use. Any further information on the Alhambra Theatre would be appreciated.

The April 13, 1918, issue of The Moving Picture World mentioned the Alhambra Theatre in Campbellsville, Kentucky. The house had just been leased to Rowland Clark, operator of the Arista Theatre in the nearby town of Lebanon.

The September 16, 1916, issue of The Moving Picture World said that the front of the new Alhambra Theatre in Campbellsville was nearly completed, and the house was expected to open soon. The August 26 issue of the same publication had noted that two theaters were then under construction in Campbellsville, the other being a ground-floor house for the Star Theatre, which had previously operated in an upstairs location.

The correct modern address for the Alhambra Theatre building is 219 E. Main Street. It is currently occupied by Sallee’s Family Taekwondo, a martial arts studio. It is not the building currently displayed in the photo or street view for this page.