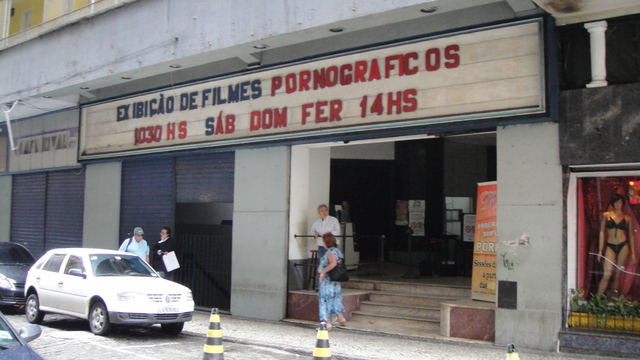 Located in the Cinelandia district of Rio, next to the Teatro Rival on the very narrow Rua Alvaro Alvim. The Cine Rex is a huge cinema with two balconies, dating from the golden age of movie palaces. Built in 1933, it opened as the Cine-Teatro Rex in January 1934. Seating was provided for 1,200 in the orchestra level and 1,080 in the two balconies.