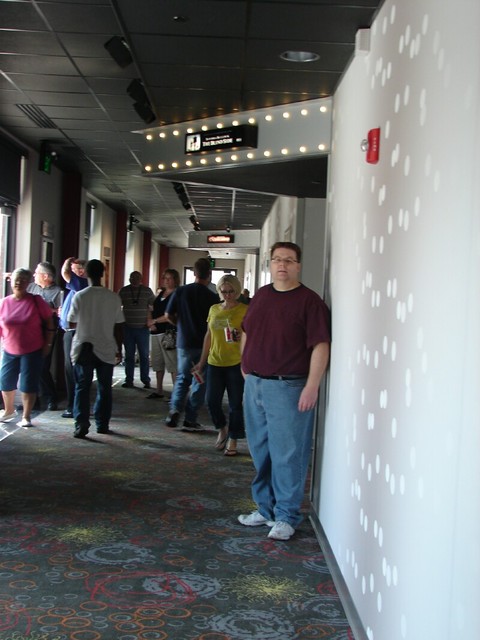 This article about the opening of this theater includes five pictures; click on the Images tab to see them: View link

It identifies the the architects as Trivers Associates and the builder as ICS Construction Services.

In case the news article gets lost.

The theater cost $4.6 million to build.

Anyone have more info or interior photos?

I hope the Granite City Cinema succeeds in helping to bring some much needed life back to downtown Granite City, which has suffered badly over the past 30 years. The first time I was ever in Granite City, in the early 1980’s, downtown was still thriving, with the Star Theatre, Washington Theatre, and blocks of open businesses, virtually all of which are now gone. Traffic was bumper to bumper on Friday afternoons. Now it looks like a ghost town. Not only most of the businesses are gone, but the buildings are gone too. I drove by the Granite City Cinema a week before it opened, and it is a beautiful small theater, not one of the ugly multiplexes. I think it is also the first new theater in the Metro East communities that border the Mississippi River (Granite City, Madison, Venice, East St Louis, and Cahokia) in probably over 40 years and maybe longer. The Nakeomi Twin in Granite City, which closed in 2005 was the last remaining open theater in any of those towns.

The theater seems to be struggling a bit: View link

Trivers Associates, architects for this project, also handled the restoration of the Moolah Temple Cinema in St. Louis, and (in association with the local firm Henderson Architects) the renovation of the Wildey Theatre at Edwardsville, Illinois.

The theatre officially opened on August 20, 2010 and not August 18 as mentioned above.

According to the St. Louis Post-Dispatch the city of Granite City will be taking over management January 1, 2012.