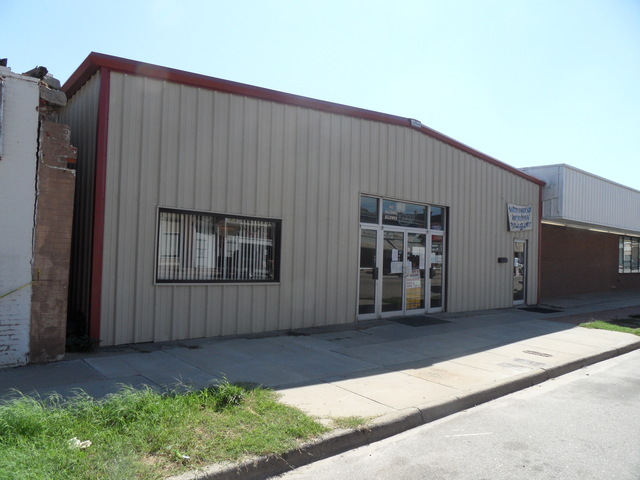 The Sparta Theatre was opened July 22, 1918 with “Joan of Plattsburg” and also a ‘good comedy’. It originally had 160 seats and the building was named the Graves Building. It was renamed Grand Theatre in October 1928 and possibly enlarged at that time to seat 350. The Grand Theatre was partially destroyed by fire in late-1932.

It was rebuilt in 1933 for Robert A. Waller and reopened as the Dreamland Theatre on October 18 1933 with Janet Gaynor in “State Fair”. Seating was provided for 250. By January 1935 it had been renamed Dixie Theatre.

By 1976 it had been reopened by Henry Hargrove and had been renamed Hargo Theatre. It was still open in April 1994 when it was showing Wesley Snipes in “Sugar Hill”, but closed soon after, with the last movie being “Nightmare on Elm Street” which remained on the marquee for several years.

I passed the old Hargo Theatre in Sparta, Georgia going to Milledgeville, Georgia one day. The theatre was in terrible shape. State Highway 16 runs through Sparta. Never could find out who owned the old theatre, but I wanted so bad to explore the old theatre but was riding with someone else and couldn’t.

The Hargo Theatre was destroyed by fire which began in an adjacent flower shop on February 15, 2004.

If this theater is one the main street, it should be listed as demolished. I usually drive through Sparta going to Sandersville. I remember about six years ago one Sunday Morning riding through Sparta and seeing the old theater had burned. The building was demolished right after that and a cheesey temporary “snack shack” has been put in the theater’s place.

I guess Google Map puts the theater at the corner of Broad Street and Boland Street, Is that correct?

thanks J.B. I don’t get by Sparta Much,I remember the theatre being on the corner.

Here’s a photograph [September 2011] of what I believe to be the site of the demolished Hargrove.

The building next door was a flower shop caught fire and burned the theater. The theater wasnt a total lost, but the owner who had a snack bar inside the theater decided to demo and was allow to place that metal building in the center of town. What a Shame!

The history is inaccurate. I was borned in 1972, the year that my father purchased this building. I spent my entire childhood growing up in this building. I was there when this building burned down. It is different experience when you smell the smoke and see your dreams and aspirations go up and smoke. The building was not in bad shape, the seats had been replaced and the owner, my father was trying to protect the historical intergrity of the structure. A true historian and researcher would know that the current building has the same design as the original building and the original bricks for the old building were saved.