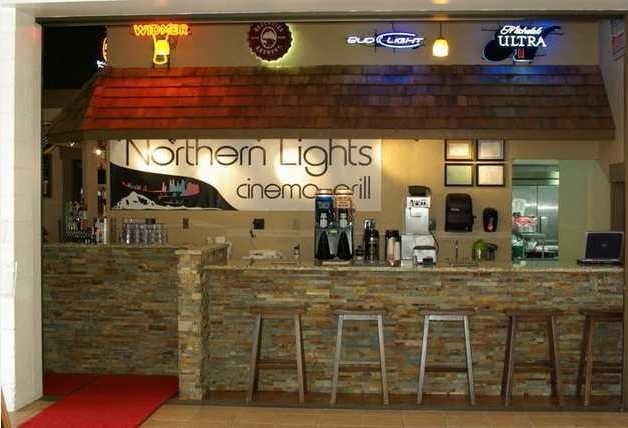 Construction began on the Karcher Mall in 1965, but it wasn’t until 1973 that the theaters opened as part of a 100,000 square foot addition to the mall. The Nampa Free Press said it was the first new theater to be constructed in Canyon County since 1949.

When the Free Press announced the plans of the twin theaters in January of 1973 they said the owner was Virg O'Dell, who was a veteran of the cinema business. He had already built the first twin cinemas in the intermountain region, the Plaza Twin in Boise. He also operated the Nampa and Terrace Drive-Ins, and later the Vista Theatre in Boise. He said he would call his twins, divided among 656 seats, the ‘Red and Blue’ cinemas. The projection system was to be the latest in automation. Patron conveniences included wide-spaced, heavily upholstered loges. The snack bar was double sided so mall visitors could use it without entering the cinema. The interior entrance was across the walkway from the Bon Marche store, which later became the now-closed Macy’s.

The opening attractions on August 3, 1973, were “The Sound of Music” and John Wayne in “Cahill, U.S. Marshall”.

The twin cinema closed in 2001. In October of 2009 Northern Lights Cinema Grill opened in the space, which in addition to its extensive menu is available for rentals, special events, and private showings. In any week they may show a rotation of about eight second-run films in two auditoriums, which have seating for 170 each.

The Northern Lights Cinema Grill was closed October 2, 2017. It reopened in November 2018 as Relic Theatre and Grill.

Re-opened as Relic Theatre and Grill in November 2018. Now operated by Herold Theatres who also manages the Terrace Drive In.