Mugar Omni Theater at the Museum of Science 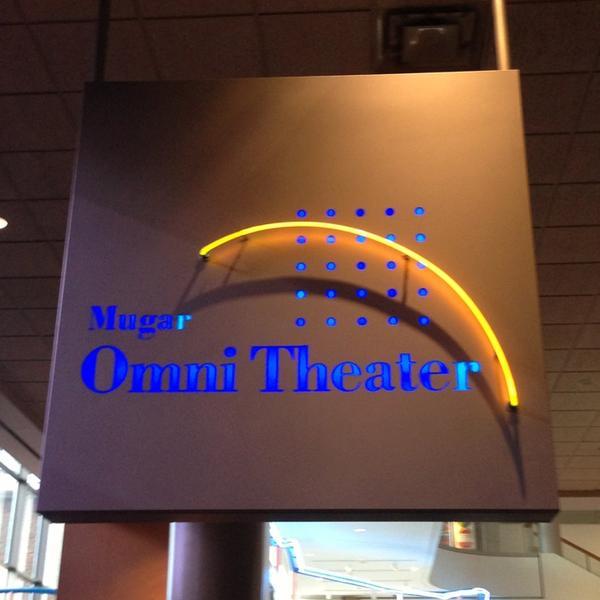 Opened in 1987, the Museum of Science’s Mugar Onmi Theater was the second IMAX screen to open in the Boston area. It is New England’s only 180° IMAX Dome (Omnimax) cinema. The screen is five stories tall.

The museum presents a variety of large-screen science, nature, and outdoor-adventure films here.

I haven’t been there in decades, but when it first opened I was appalled that they were showing movies that had been shot in IMAX in the incorrect Omni-Max format. The result stretched a flat image across an oval screen, horribly distorting and dimming the image. I don’t know if they’ve found a way around this, but it got to the point where I simply stopped reviewing them so I wouldn’t sound like a broken record every time they opened a new attraction the wrong way.

They must have fixed that pretty quickly. I went in 1985, the year it opened, and everything looked fine. You could tell if an IMAX movie was showing as the lowest part of the screen would be dark, but this was only about 15% of the screen area. It appeared the features (mostly documentaries) were primarily IMAX, but all films would start with a travelogue of the Boston area which was definitely OMNIMAX – it covered 99% of the screen. It’s quite an experience and I like the presentation better in OMNIMAX than in IMAX. I always wondered why OMNIMAX didn’t replace IMAX because it’s much better.