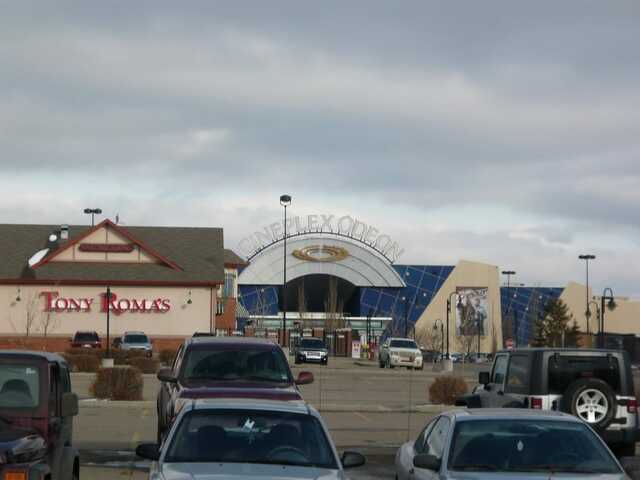 After many financial problems and building stopage the North Edmonton Cinemas was finally opened by Cineplex Odeon on July 11, 2003. An UltraAVX screen was added to the theatre in 2010.

Exterior photo; appears to be clone of the North Edmonton Cinemas: View link

I worked at this theatre from summer 2003-05, when I was attending university. The 14 screens were laid out in mirror image (7 north, 7 south) consisting of 2 screens seating 440 each (I’m assuming one of these was converted to UltraAVX), 2 seating 300+, 4 seating 207, and 6 seating 161. All are stadium seating, with Dolby Digital sound systems and Dolby Digital Surround EX in the largest 4 (as of 2005). All screens were running refurbed Cinemeccanica Victoria 8s for projection, with all new lamphouses. The theatre is a clone of the Sunridge Spectrum in Calgary, though I cannot account for the difference in seating, although seating numbers will likely be different now due to the UltraAVX auditorium.

No grand opening ad found for this cinema, however, I uploaded the website screenshot from July 2003.

It is also a clone of the Ste-Foy 14 in Quebec City.

This theatre’s opening movies include The League of Extraordinary Gentlemen, Sinbad: Legend of the Seven Seas, The Matrix Reloaded, Pirates of the Caribbean: Curse of the Black Pearl, Legally Blonde 2: Red, White & Blonde, 2 Fast 2 Furious, Whale Rider and Bruce Almighty.