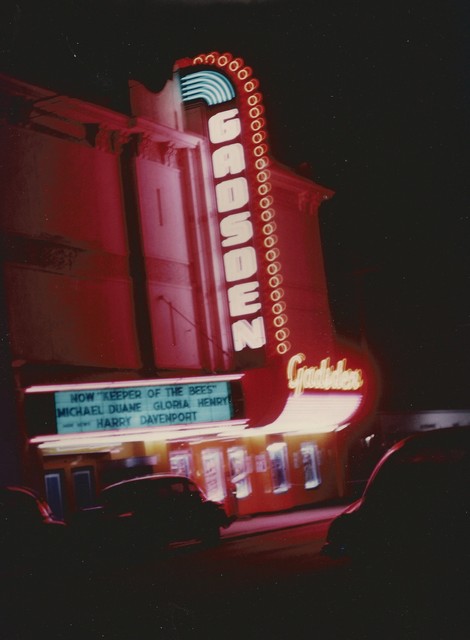 Opened on September 28, 1908, the Hayden-Pake Theatre was Gadsden’s largest up to that time, originally seating 1,200 patrons. Fully equipped for stage shows, the house also presented vaudeville programs in its early years, and some of the major feature films of the era.

Increasingly devoted to movies, and renamed the Gadsden Theatre, the house remained popular through the early-1940’s, but went into decline after the opening of the Pitman Theatre in 1947. The Gadsden Theatre closed for the last time on October 31, 1954. The building was demolished in 1958. The site became space for the tellers of the American National Bank, and a parking lot.