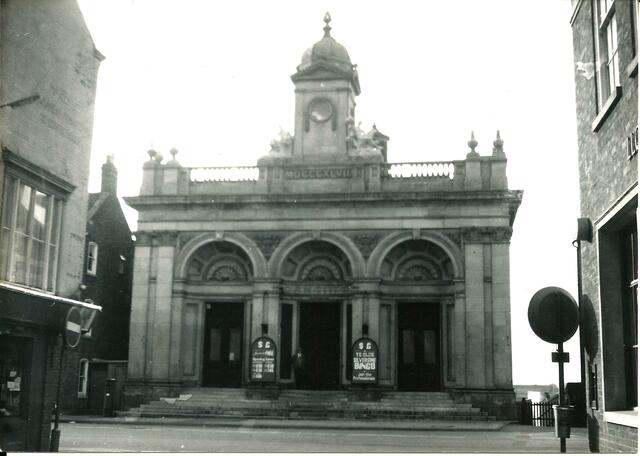 The Corn Exchange opened on 27th September 1848 and in addition to the weekly market, presented lectures, meetings and musical entertainments in the 1,500 seat hall.

In the early part of the 20th Century it was converted into the Cinematograph Hall, a short lived venture which seemingly closed around the time that the purpose built Kinema opened.

It is now a nightclub and is a Grade I listed building.