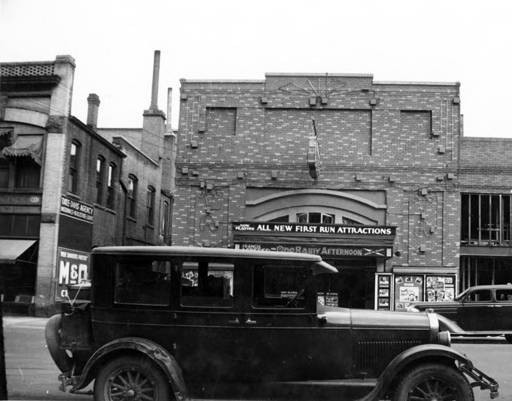 On February 20, 1940 as one of their competitors, the Pinney Theatre was presenting the world premiere of MGM’s “Northwest Passage”. The Rialto Theatre tried some counter programming. Their advertisement for RKO’s “Swiss Family Robinson” starring Thomas Mitchell proclaimed ‘Direct from Radio City New York to Boise’. While it was not stated that the Rialto Theatre used one of the prints from the Radio City Music Hall, the hyperbole may have been true in spirit. Archives of the New York Times show that “Swiss Family Robinson” closed a one-week run at the Radio City Music Hall on February 15 and began at Boise’s Rialto Theatre on February 18.

In 1998 the Idaho State Historical Society interviewed Bruce Gordon, the last owner of the Rialto Theatre and Rio Theatre. Mr. Gordon said that in the 1930’s his grandfather A.C. Gordon came from Weiser, Idaho where he had operated the Star Theatre. He opened the Rialto Theatre as a first run theatre that competed against the Pinney Theatre and Ada/Egyptian Theatre for films while the smaller Rio Theatre, which he opened later, handled the B picture market. Mr. Gordon said in the 1950’s, with film rentals so high, his father made most of his proceeds from a soda shop in the theatre.

The Rialto Theatre was the first theatre in Boise to be equipped for CinemaScope. The screen extended from wall to wall so that in order to get to the back of the theatre one had to go outside of the theatre and to the alley. Today a bank parking lot sits on the site.

The Rialto Theatre opened on September 1st, 1921 with “The Heart of Maryland”. Grand opening ad posted.

Why no union operators? 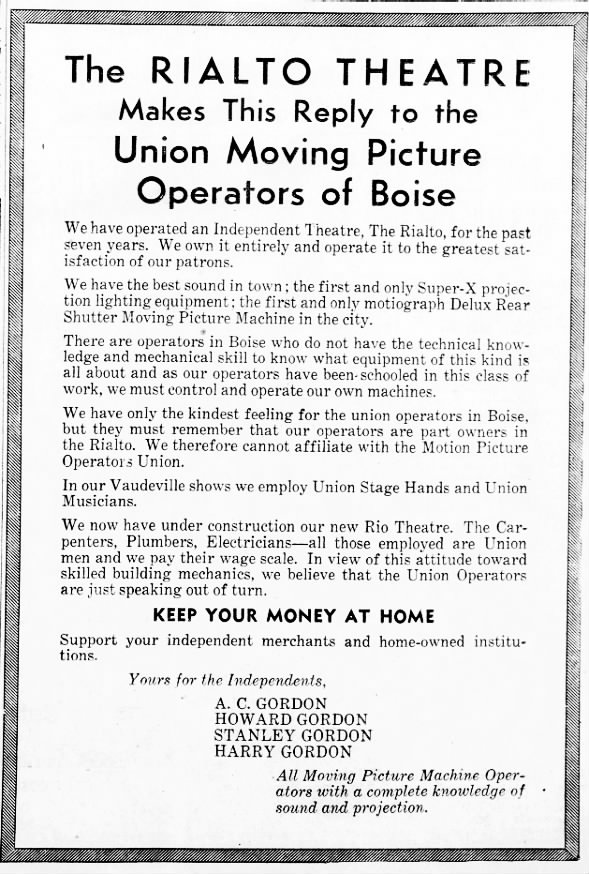