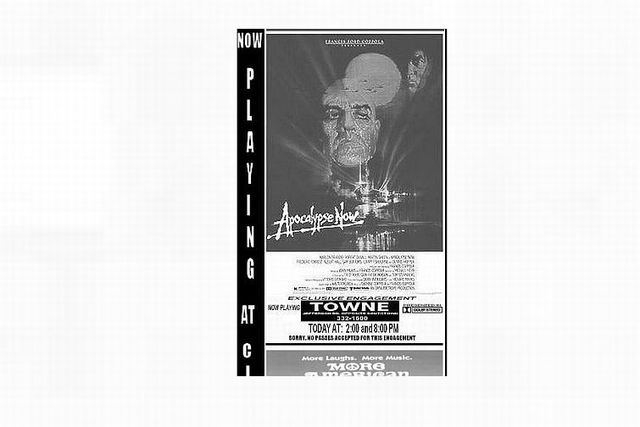 Opened June 4, 1965 by Jo-Mor Enterprises (then Rochester’s largest circuit) as a single screen theatre. It often featured reserved seat roadshow pictures. Jo-Mor Theatres added a second auditorium, almost as large as the original in May 1969 and it was renamed Towne I & II Theatre. Both were very nice.

Loews bought the Towne I, II III Theatre in 1981 when Jo-Mor was tightening up operations. The Towne Theatre was a great location because it was near both the University of Rochester and the Rochester Institute of Technology and did very good business. Loews had to buy the less successful Westgate Theatre from Jo-Mor in nearby Gates to get the Towne Theatre.

Thanks for posting first I have heard of tis Loews house.

I will take a photo of what is there now so everyone can see where it was.

Here’s a new 4-page 50th anniversary FIDDLER ON THE ROOF retrospective featuring a roadshow playdate chronology and historian Q&A. The Towne’s lengthy run is mentioned in the piece.