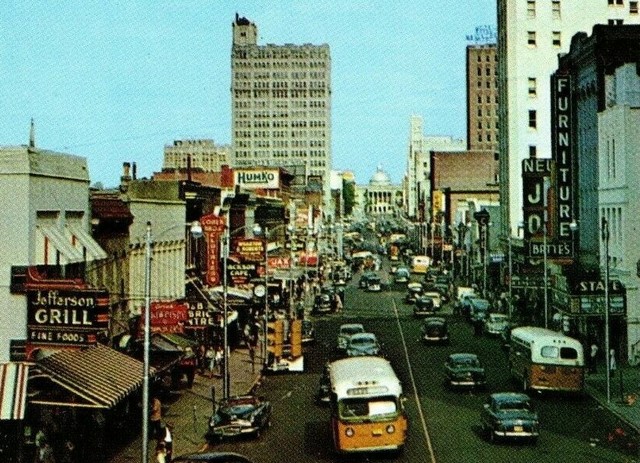 The State Theatre was a first run house playing MGM and Warner Brothers films until the opening of the Lama Theatre,r and then went to a double-feature policy playing the Universal, Republic, and Monogram product. It closed in May 1956.

The theatre and property were acquired by the King Edward Hotel and its Patio Club Annex was built on that spot. One fond moment for a lot of Jacksonions was the re-release of “Abbot & Costello Meet Frankenstein” doubled featured with “Buck Privates”. Mr. Williams talked of selling out those shows all weekend.