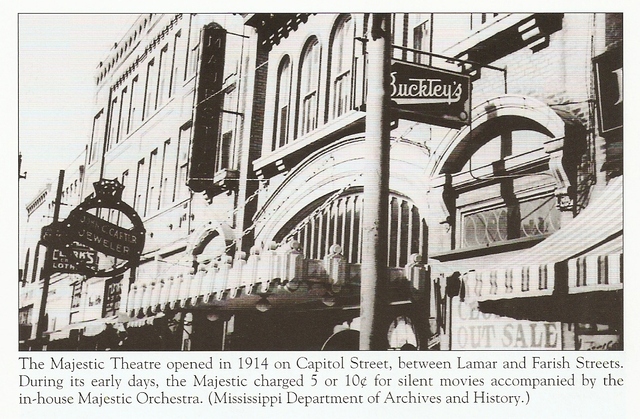 This long-gone downtown Jackson movie house was opened in 1914, for the Saenger Amusements chain, on Capitol Street. It remained in operation until 1951, when it was closed.

Movie Theaters in Twentieth-Century Jackson, Mississippi, by Jerry Dallas (PDF here– see page 4) says that there were two adjacent houses Capitol Street called the New Majestic Theatre. The first house opened on September 14, 1913, at 126 E. Capitol Street, and the second, soon built on the adjacent lot at 124 E. Capitol, opened on October 22, 1915. The first New Majestic was then remodeled for use as a Woolworth 5&10 cent store.

The second New Majestic opened with 1,250 seats, and was designed in the Spanish Renaissance style. At some time after the Paramount Theatre opened across the street (both houses were under the same ownership), the Majestic was relegated to second runs, and it closed in July, 1951.

There was also the original Majestic Theatre, located in the 100 block of West Capitol Street. After the first New Majestic opened, the Old Majestic continued to operate until the fall of 1914. A footnote says that by the time it closed it was known as the Little Majestic Theatre.

This photo of the Majestic shows a bit of the first New Majestic Theatre building in the background, after it had been converted into a Woolworth store (right click on this photo to select larger sizes.) 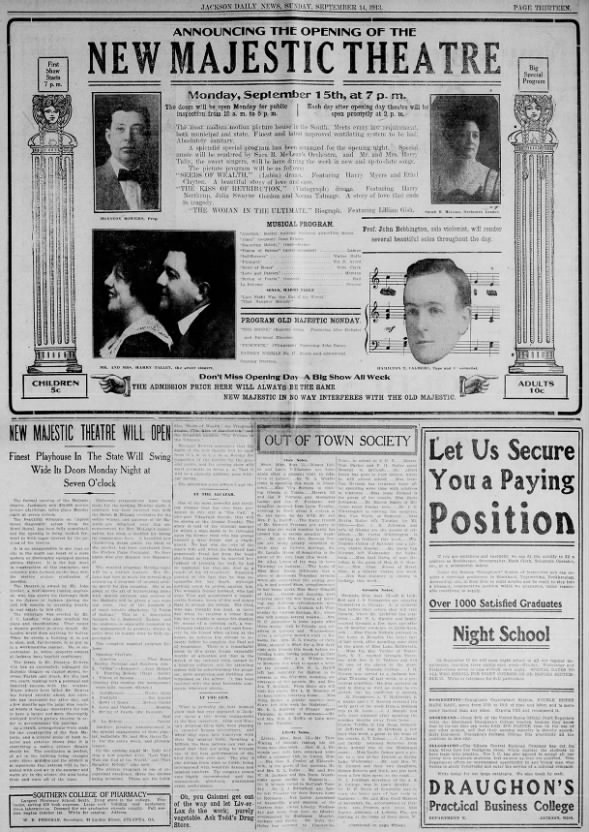