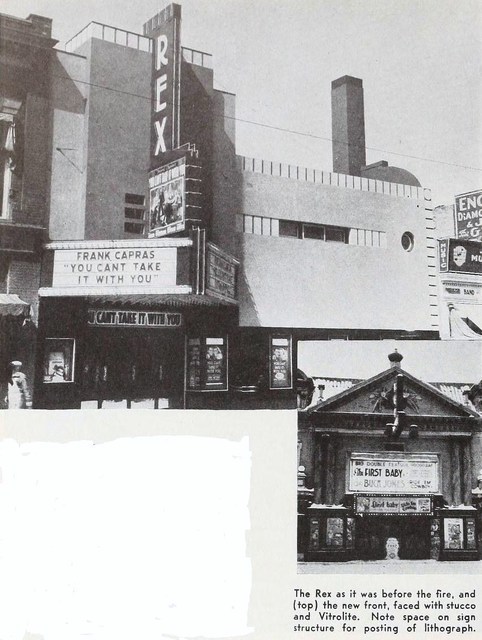 Located on Hamilton Street, opposite City Hall. The Neo-Classical style Rex Theatre was opened on December 28, 1912. It was destroyed by fire on September 15, 1938.

It was rebuilt in a Streamline Moderne style to the plans of architectural firm Green-Blankenstein-Russell and Associates of Winnipeg, Manitoba. It reopened on March 25, 1938 with Gary Cooper in “The Cowboy and the Lady”. It was later operated by Famous Players and was closed in 1959. 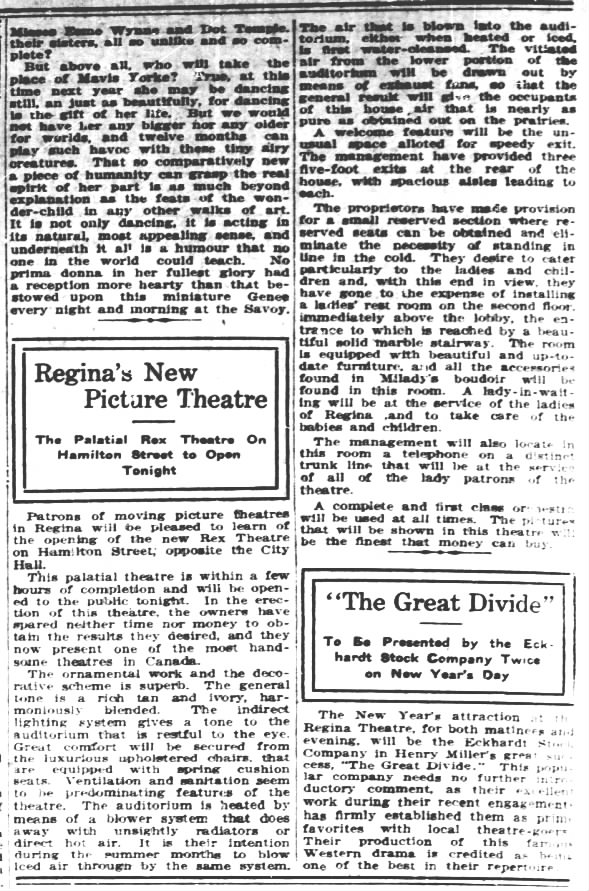 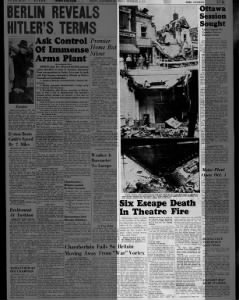