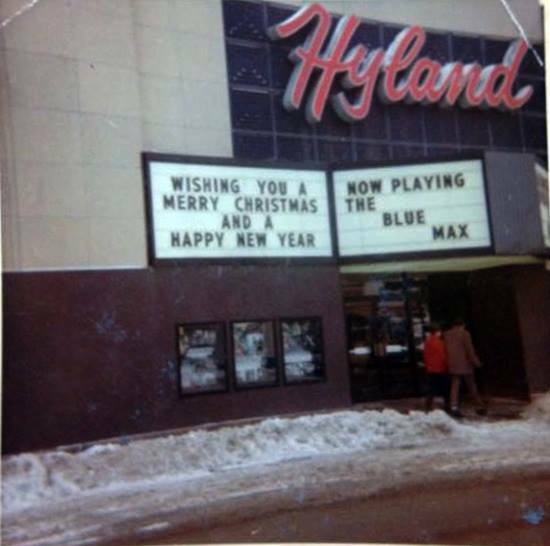 Opened as the Biltmore Theatre on August 27, 1941 with George Formby in “Come On George”. Seating was listed at 805. It went through a renovation in 1965, reopening on December 23, 1965 and was renamed the Hyland Theatre. Seating was then listed at 690. The theatre closed in 1986 and has since been converted into a night club called Stages. 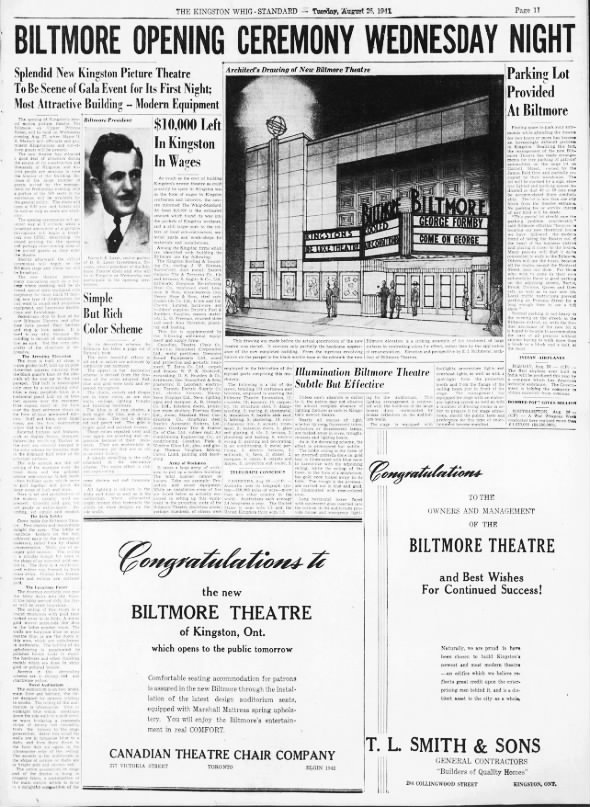 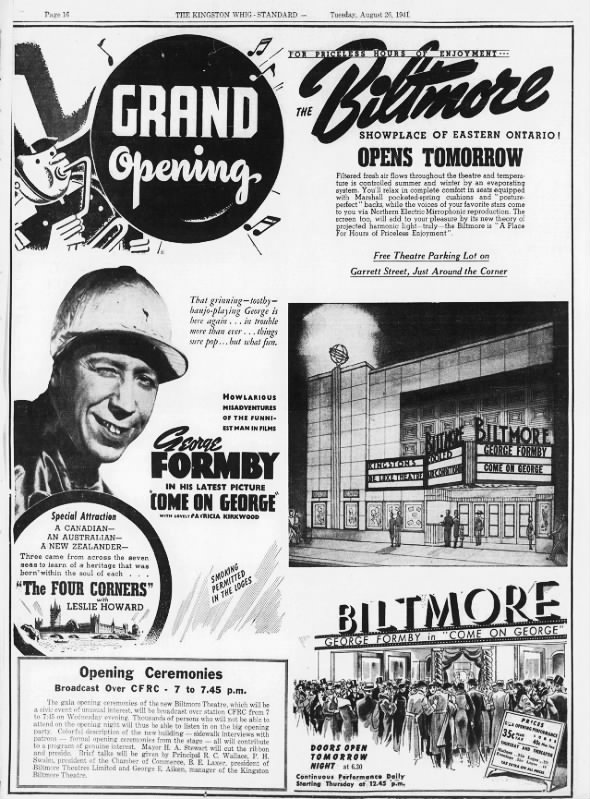 Architect Edward Isaac Richmond (1908-1982) is best known as a prolific designer of high rise apartment buildings in Toronto during the post-war period. The firm he founded is still in operation.

The Biltmore in Kingston was the second house in the Okun Bros. Biltmore Theatres chain. The earlier Biltmore was opened at Oshawa in 1940, and four more houses were added to the chain in the post-war period.

Reopened as Hyland on December 23rd, 1965. Another ad posted.

And as shown by Mike Rivest’s ad, the Hyland became part of the Odeon chain from its reopening, then part of Cineplex Odeon in 1984.