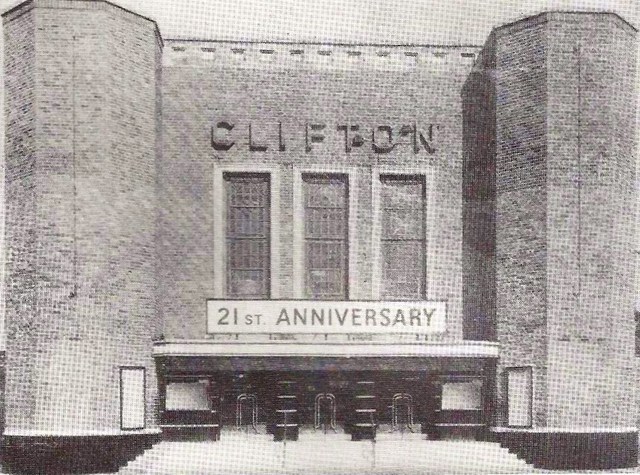 Located in the Fallings Park district of Clifton, near Wolverhampton. The Clifton Cinema was opened on 24th October 1938 with “Happy Landings”. It was owned by Clifton Cinemas (Fallings Park) Ltd., with principle directors Sydney Clift and Satchwell & Roberts. Ernest S. Roberts was the supervising architect. It was managed as part of the Cifton Circuit Management chain.

This Theatre had been owned by the Clift Family until the death Of Sidney Clift. The cinema had been sold to a property company and closed on 4th November 1961 with Frank Sinatra in “Can Can”

A Fine Fare Supermarket was build on the site, which today operates as a Somerfield supermarket.