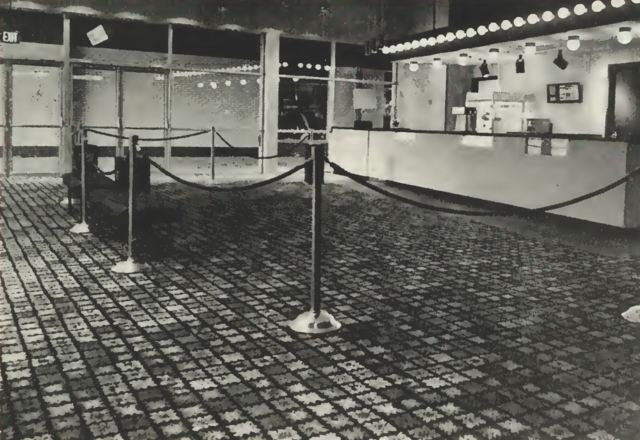 The Gemini Twin Theater was located on S. 84th Street at Frederick Street.

Nothing on this Theatre?come on guys.

Hey… I just added it, from New York!

Feel free to add more information! Can someone in Omaha check the city directories at the downtown branch and see what years it is listed?

And while you’re there, see if you can scan or copy ads from the Omaha-World Herald microfilm!

Saw many movies here as a teenager in the 70s. 99cent admission. Saw Animal House, Love at First Bite, Meatballs, all multiple times as it was only a buck to get in :)

A 9-24-71 Peter Citron column in the Omaha World Herald asked about the delay in opening promised Jerry Lewis theatres. The franchise holder was Mid-America Theatres Inc., and the article said a partner in that company was David Tews, a lawyer from Lincoln, and was interviewed for this article to explain the status of the theatres. All were in the construction phase or dirt hadn’t been turned over yet. Besides one to be built in Bellevue, there were three – 84th and Frederick; 90th and Maple (which did open in Nov 72) and 119th and Pacific. So this ‘Gemini" theatre apparently was a Jerry Lewis theatre originally.