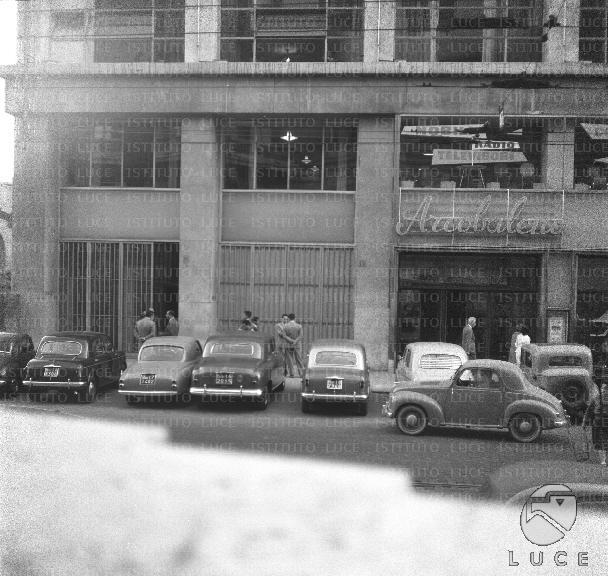 Located in the Palazzio di Vetro (Palace of Glass) which was built in 1940 (with a futuristic style of the 1980’s). The Arcobaleno Theatre was located on the sixth floor of the building (arcobaleno translates in English to rainbow). It specialized in screening films in their original language (most films shown in Italy are dubbed into Italian). In the 1950’s, the cinema was popular with Americans living in and visiting the city. On the same floor was a beautifully decorated tea room and a separate room for playing bridge.

The ground floor of the building was occupied by the CIM department store, and in the basement was the 1,100-seat Cinema Capitol.

Today, the cinemas and department store have gone, and the building is in use as a branch of the Bank of Italy.