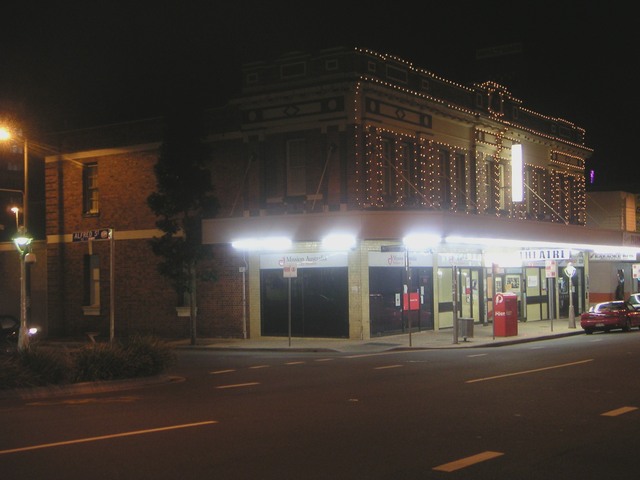 Located in the Fortitude Valley district close to Brisbane city centre. The Valley Twin Cinema was operating as a cinema in 2004. By 2011, it had been re-named Globe Theatre, and had mixed use as a concert venue and cinema.