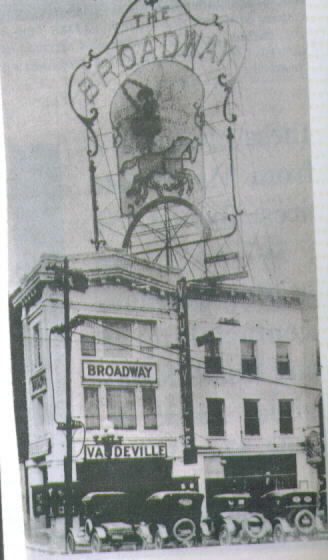 The Broadway Theatre was opened in 1911 as a vaudeville & movie theatre. It was located adjacent to the James Theatre (later known as Loew’s Broad Theatre).