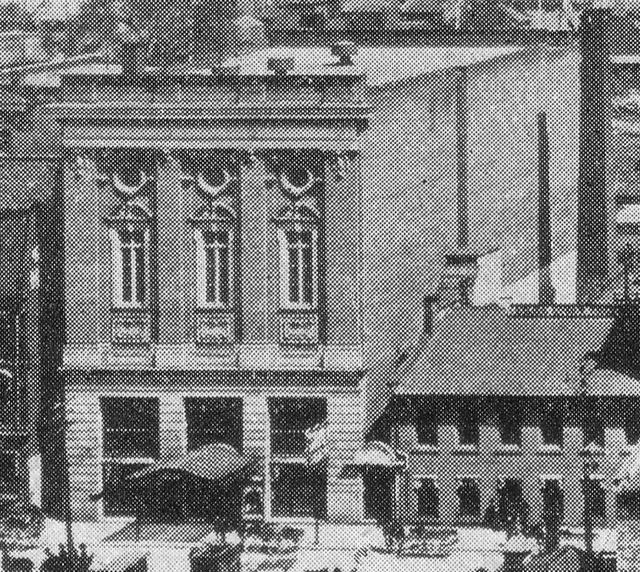 The Savoy Theatre was located in downtown Hamilton, Ontario. It had seating for over 1300 patrons.

This theatre was located on Merrick street in downtown Hamilton. It was built in 1905. There is a side view of this theatre beside the Hotal Stoud( ALSO DEMOLISHED) AT www.postcardsofhamilton.com Mark

NOTE. When going to the above site. click on postcards and then key in subject, “theatres” mark

The Savoy was a class joint. It did a great business during its open years, from 1906/07 (I’m still working on this) through to 1955. In the immediate neighbourhood was the Wonderland/Colonial/Princess/Tivoli, the Grand Opera House/Downtown, the Royal, and the York…and this doesn’t include those more than five minutes away…or the non-cinema theatres.

It took me a while to figure out where it had been locate, as the downtown core had been completely redesigned when Lloyd D Jackson Square was built in the early 70s and Merrick Street doesn’t exist anymore. However, thanks to the Hamilton Public Library’s Special Collections staff, now I know…and a parking garage now occupies the location.

This theatre was built on the site of the (1867) Star Theatre, a much smaller legitimate stage that predated the 1880 Grand Opera House.

You can see this clearly in postcards of Market Square.

It was a long narrow theatre with two balconies and a full size stage. HPL special collections has an interior picture