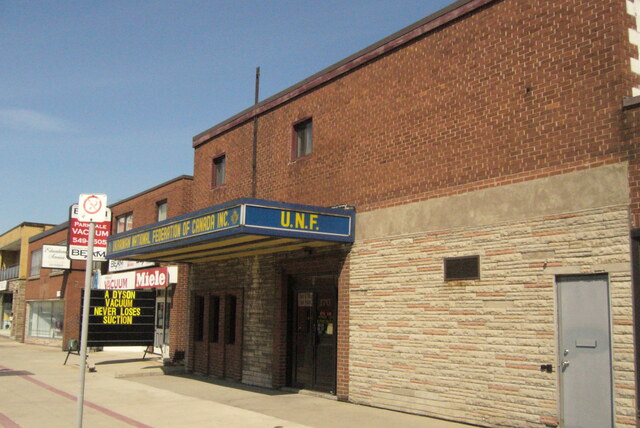 This small one level neighborhood cinema, was short lived, as it opened around 1951, and was closed by 1960.

It was right on the edge of the city limits when it operated, and did not survive long enough to get a regular audience.

Television almost certainly killed it, as it did many of the other small cinemas in Hamilton.

The building survives to this day and is currently the home of Ukrainian National Federation Of Hamilton Ltd.

It is open to the public, and is well maintained, although not much of its cinema era interior survives.

This cinema building is almost identical to the Fox Theatre in Stoney Creek. Perhaps they shared the same architect?