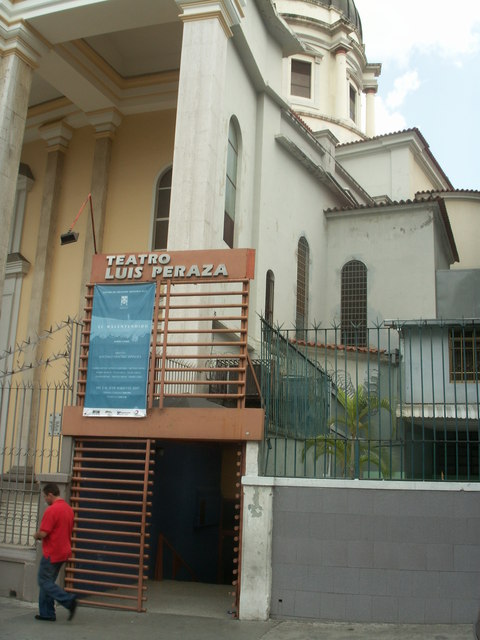 Located in the Valle Abajo district to the south of Caracas, at the intersection of Avenida Universidad and Calle Capanaparo. The Cine San Pedro opened in 1963 in the crypt of San Pedro church. It closed in 1976.

It was used for recreational purposes for several several years. By March 2007 it had been converted into a live theatre, known as Teatro Luis Peraza.