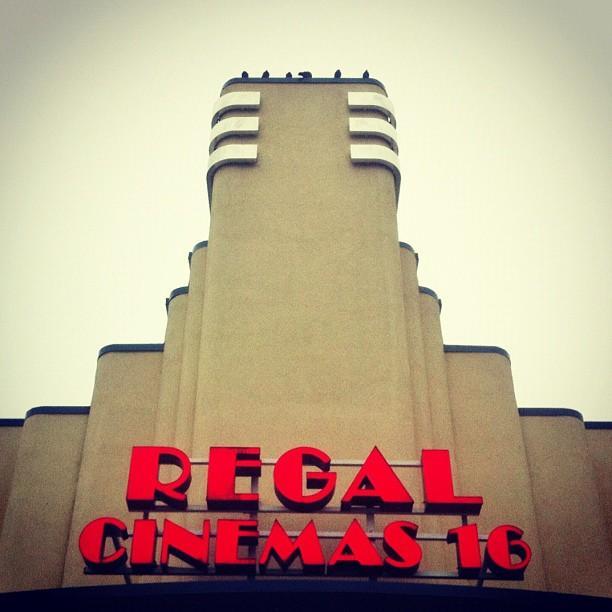 Opened on May 14, 1999. Just because the Regal Manor 16 is one of Lancaster County’s few first-run multiplexes, doesn’t mean it’s the best. The theater has recently been notorious among moviegoers, citing poor value and quality, and lack of maintenance.

I would suggest the Penn Cinema & IMAX in nearby Lititz. Yes, it’s got fewer screens, but overall it’s a far better choice than this theater.

The Regal Manor 16 opened on May 14, 1999. Total seating capacity of the complex is 2,800. The two largest theatres seat 416, one has 235 seats, Seven theatres have 155 seats and the remaining theatres have between 104 and 114 seats each. This complex has really seen better days. As seems typical with most of the national chains, I think the original carpeting is still in the “hallways” and theatres. There are two giant concessions stands on either side of the lobby, but it has been a long time since I have been there and both have been open. Most of the time movie poster standees are covering the front of the concession stand on the right side. When this shopping center was first built back in the mid 1960’s this area contained an “Arlan’s Discount Department Store.” When that went out of business a Mailmains Department Store – division of Bon Ton Stores – opened in the building. When Mailmans went out of business the building stood empty for a long time. Then a local investor opened an independent run 7 screen complex within part of the original now empty department store. That opened in Feb. of 1990. It was called the Manor Cinema 7. The owner sold the complex to Regal Theatres in 1995. The Manor 7 were closed on April 23, 1998 and the entire building which originally housed the department stores was demolished and the Regal Manor 16 Cinema was built. The Regal 16 was supposed to bee opened by Dec. 1998, but it did not get finished in time. They managed to get it ready for the newest “Star Wars” to be one of the opening attractions. The Manor 7 Complex had 1,400 seats. I have to say I will check the feature times at the Penn Cinema first even though we live closer to the Regal Manor 16 than the Penn. The Manor 16 has the 20 at 20 and at least 8-10 previews before the movie starts. The movie goers are usually rowdier. I saw one moviegoer complain about the behavior of some of the other audience members and management suggested they attend the movies when the “younger” ones do not go to the movies. So we generally go to the Regal if we do not have enough time to catch a feature at another theatre.