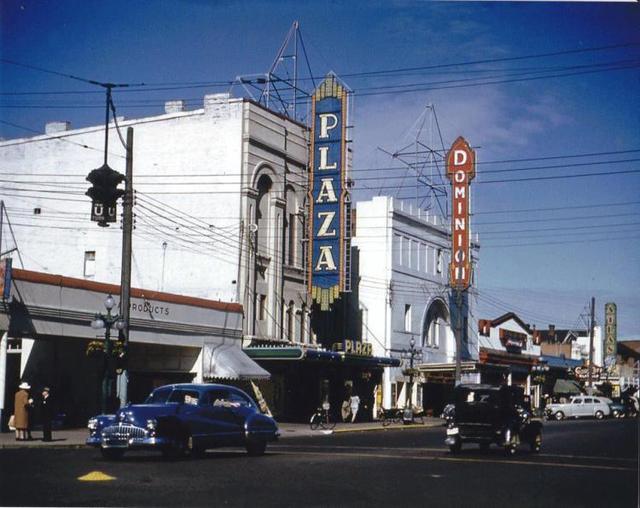 The Dominion Theatre opened in May 1913 and continued under Famous Players until 1955. It was closed in 1961 and was demolished in December 1966-January 1967 for a surface parking lot..

Here’s another shot of the Dominion, along with the Haida (as the Plaza), taken probably around the early 1950s.

A brief notice in the October, 1912 issue of The Pacific Coast Architect said that Edwin W. Houghton had prepared plans for a theater at Victoria for a company promoted by J. A.[sic] Muir. A recent article in the Victoria Times Colonist about events in the city in 1913 has a few paragraphs about entertainment, and one says that the Dominion Theatre opened in May, 1913.

This theatre was operated by Famous Players Canadian Corporation for most of it’s life — and veteran Famous Players Manager Ivan Ackery managed it for a while as a young man before being brought back to Vancouver to manager the Orpheum Theatre!!

It’s likely that the Dominion Theatres were part of the original group of houses operated by Famous Players when the company was chartered in 1920. This 1945 article from the Montreal Gazette lists among the 18 theaters the circuit began with two houses in Vancouver, one in Victoria, and one in Nanaimo.

Manjunath Pendakur’s Canadian Dreams and American Control: The Political Economy of the Canadian Film Industry mentions J. R. Muir twice, once as managing director of Famous Players subsidiary B.C. Paramount Theatres in 1926, and once as district manager of Famous Players in British Columbia in 1929. Muir might well have been one of N. L. Nathanson’s original associates in the circuit.

Mr. Muir was the Division Director of Western Canada Theatre Operations for Famous Players. He was an employee only BUT did work closely with the founding president N. L. Nathanson!!

Harry Irving Bickerdike owned the property and the building ‘till the day it was demolished. His father before him operated the Bickerdike Steam Laundry in the very same location. …and that’s fact!

An item in the March 17, 2013 Victoria Times-Colonist says that the Dominion Theatre opened in May 1913. The archives of the City of Victoria indicate that an application by H. Bickerdike to connect a theatre at 814 Yates Street to the city sewer system is dated March 6, 1913.

The Dominion Theatre was designed by architect Edwin W. Houghton, per an item in the October, 1912 issue of The Pacific Coast Architect.

The Dominion was demolished during December 1966 and January 1967 to make way for a parking lot and the expansion of the renamed Haida Theatre next door. 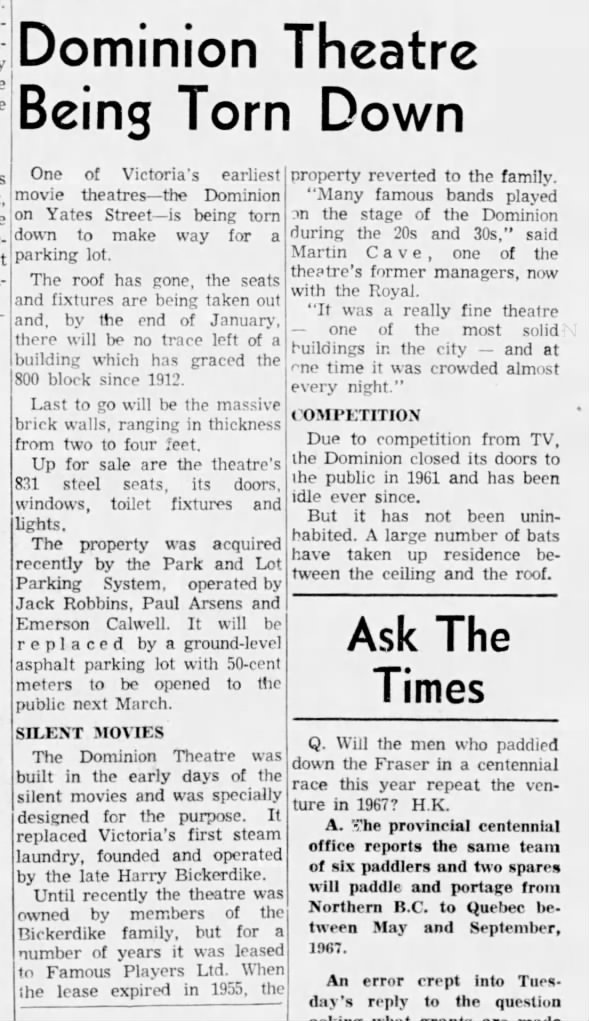 More on the Dominion Theatre demolition: 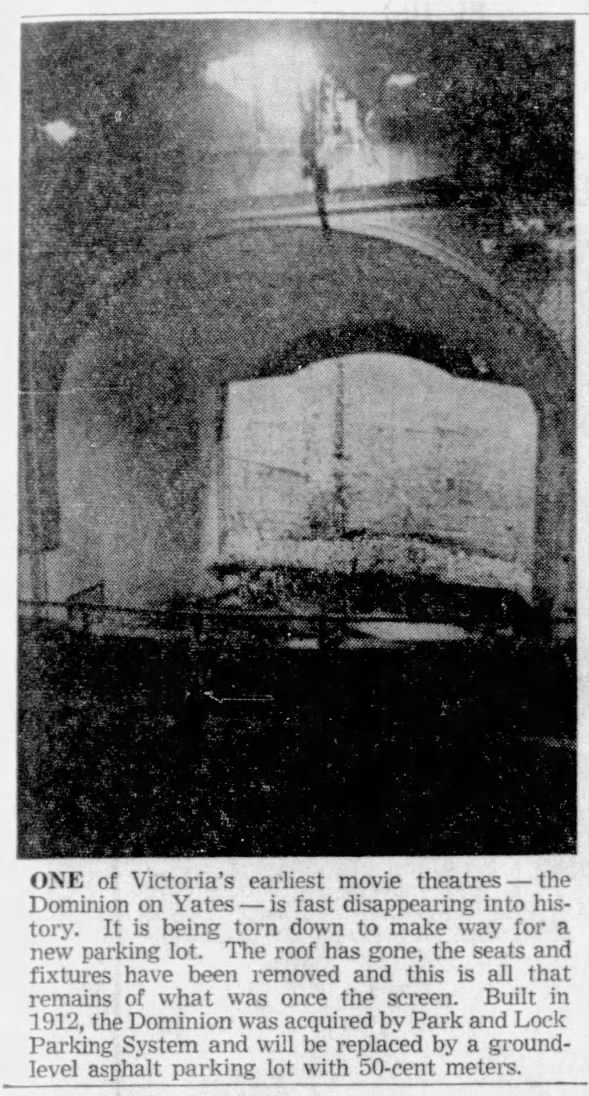