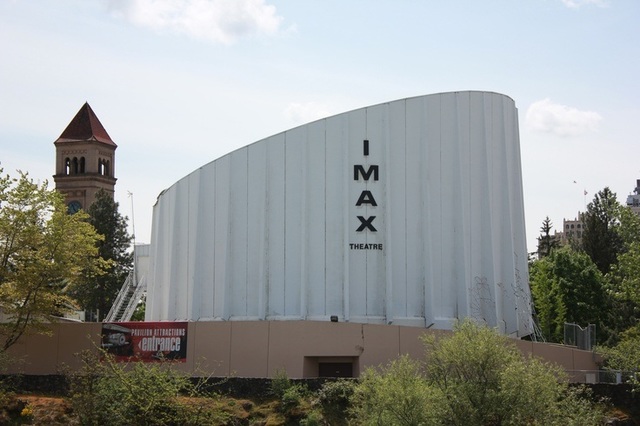 The original IMAX Theatre at Spokane’s Riverfront Park opened for the World’s Fair- Expo 74 and was the third IMAX screen at the time.

One of the notable films to play at the IMAX was a four-month run of Walt Disney’s “Fantasia 2000” beginning on January 1, 2000. “Fantasia” had 22,000 admissions in January and February of that year. In 2001 Disney returned in January with a five-month run of “Beauty and the Beast”.

In addition to the IMAX educational films, Hollywood films that have shown at the IMAX were “Harry Potter” and “Star Wars: Episode II - Attack of the Clones”.

A picture of this IMAX theater can be seen here.