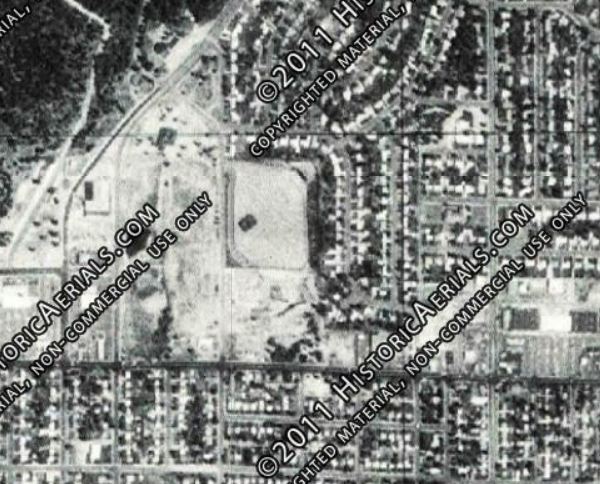 Favorite Theatres opened Spokane’s sixth drive-in, the $500,000, 750-car North Cedar Drive-In, on August 24, 1966. The Spokane Daily Chronicle said it had a 108-foot snack bar and a new feature, a radar range, which could cook your steaks in 30 seconds. The opening attraction was “Battle of the Bulge", which might have been related to their sumptuous culinary offerings.

In March of 1972 Favorite Theatres merged with Sterling Recreation Organization who then merged with Cineplex Odeon in 1986. The final change came in 1993 when Act III took over Cineplex Odeon’s Spokane theaters. The North Cedar Drive-In and East Sprague Drive-In closed for the season on September 19, 1993 and did not reopen in 1994.

With these two closings the more than 47-year history of Spokane drive-ins had come to an end. From the Motor-In (East Trent) and Auto-Vue on June 8, 1946 to the Starlite Drive-In on October 17, 1972, seven drive-ins opened in Spokane.

Picture of the Marquee

I made a theater tour thru eastern Washington back in 2002. The North Cedar was one of the last drive-ins standing in Spokane along with the E. Trent, E. Sprague & West End. It was demolished sometime between 2006 & 2009 for housing. It looks like the hillside behind the original screen tower is still there.