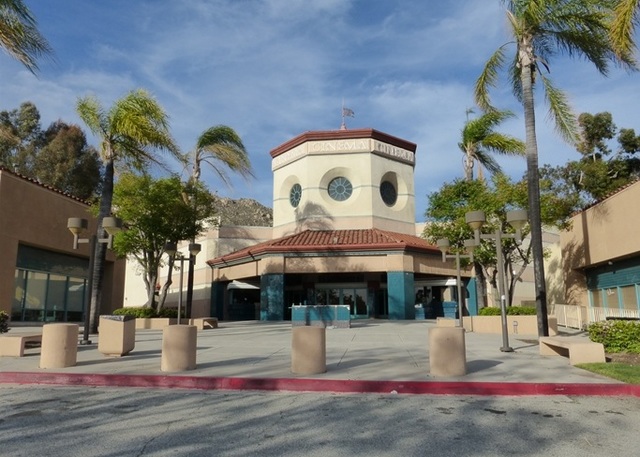 SoCal Cinemas opened the 2,198-seat Canyon Springs 7 on August 19, 1988 and operated it until May of 2000. The Riverside Press-Enterprise then reported that SoCal Cinemas was subleasing the theater to Globe Theaters, an independent operator.

In about 2001 it was taken over by UltraStar Cinemas who ran it until it closed after the June 2006 opening of the Harkins 16 at the Moreno Valley Mall. By August of 2007 Cinema Scene Management, which showed Hollywood films with Spanish subtitles had reopened it.

By November of 2007 Naz 8, which specialized in films from Pakistan and India, had moved in. Naz 8 said the results were disappointing because they were drawing only 4,500-6,000 patrons a week. They said they had expected 10,000 because their Fremont location, used as a benchmark, was drawing 19,000.

The Naz 8 apparently had less than a two-year run and then it closed. In 2012 fading Bollywood posters could still be seen in the display cases of the abandoned theater.