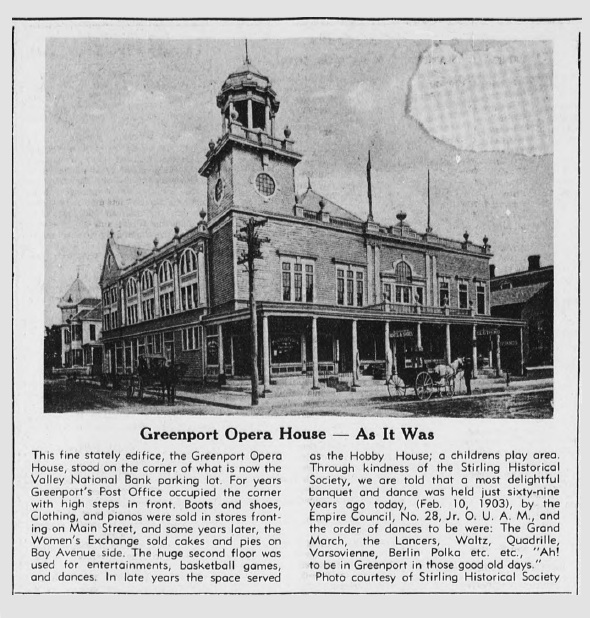 The Greenport Auditorium was built in 1894. The architect was a Mr. Flack. Seating was provided for 300 in the orchestra and 100 in the balcony. It closed in 1939.

Since the 1960’s it has operated as Goldin Furniture store.

The Auditorium in Greenport is listed in the 1897-98 edition of the Julius Cahn Official Theatrical Guide. The seating capacity is listed as 700,and George N. Flack was the Manager. Tickets were 25 cents and 50 cents, and the illumination was by oil lamps. The proscenium opening was 27.5 feet wide X 18 feet high, and the stage was 21 feet deep. The auditorium was on the first floor. Hotels for show folk were the Clark House and the Wyandank Hotel. Railroad was the Long Island RR. There were 2 local newspapers, and the 1898 population was 3,500.