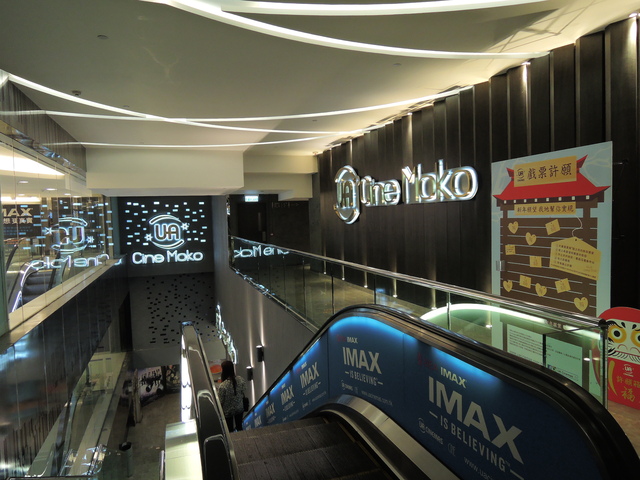 Due to reconstruction of the shopping mall, screens 5-8 were closed on 14th January 2013, and screens 1-4 closed on 14th February 2013. Films screening on the last day were: “A Good Day to Die Hard”, “Hansel and Gretel:Witch Hunters”, “Journey to the West:Conquering the Demons”, “I Love Hong Kong 2013”, “Hotel DeLuxe” and “Lost in Thailand” were shown at its remaining four screens.

Raymond, I am sure GH Mongkok opened after 1987.

The cinema re-opened as the 765-seat UA Cine Moko with five screens.