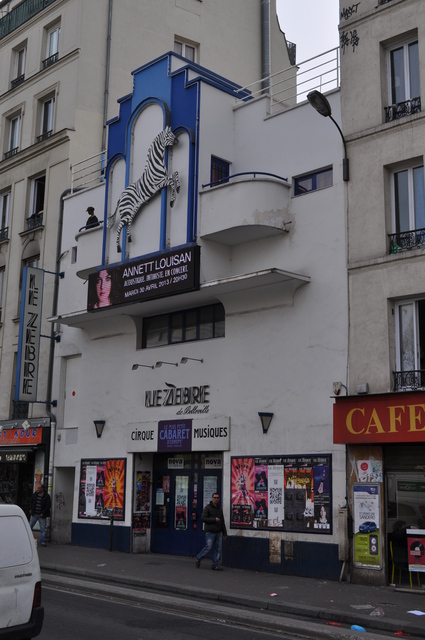 Located in the Belleville district in the northeast of Paris. The Art Deco style Nox Cinema was opened in the 1930’s. From 1946 it was the first cinema in Paris to screen films from Eastern Europe.

In 1951 under new ownership it was re-named Berry, named after the French region of that name. It was a popular cinema screening westerns. In the 1960’s it began screening Arab and Indian musicals to reflect the change in the districts' population. In 1987, it was renamed Berry-Zebre and specialized in screening childrens and family films. A cut-out Zebra was mounted on the facade.

In recent years it has been re-named Zebre, and offers live entertainment for family audiences.