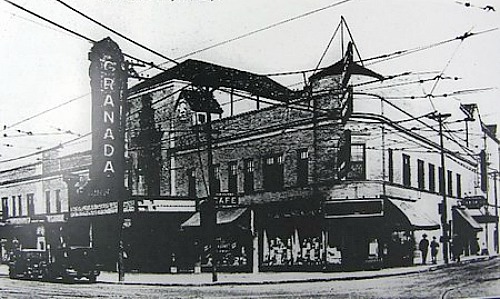 This good-sized neighborhood house opened in 1927, designed in Spanish Colonial style, and could seat just over 1,750. The much smaller Beechwood Theater was located just down Warren Avenue.

The Granada Theater closed in the 1960’s, and saw only occasional use thereafter, closing for good in the early-1970’s.

The Granada Theater has since been razed.

These are pictures from a matchbook from the theatre.