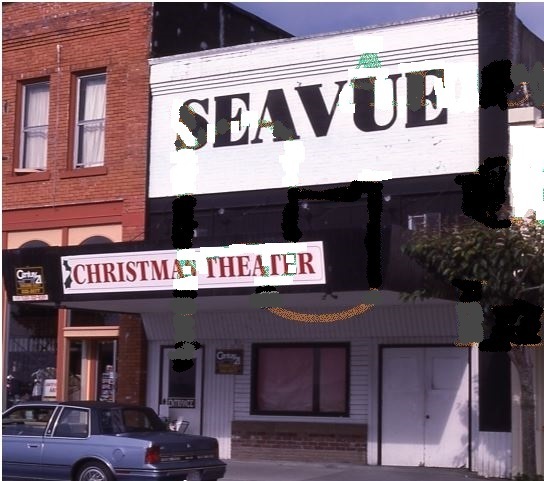 The SeaVue Theatre was at 816 Peace Portal Drive, in a building now occupied by a business called Hagan’s of Blaine, a shipping and receiving outfit. American Classic Images has photos of the SeaVue from 1980 and from 1987. Although the 1998 newspaper article Seattleprojectionist linked to (the EPA link is dead) said that the building was being demolished for a condo project, Google’s street view shows that it is still standing, as are its neighbors on both sides.

The venerable building was occupied by a theater at least as early as 1907. This house operated under the name Ivan L. Theatre at least into the mid-1930s. This (very long) web page about British Columbia’s movie theaters also has a few bits about theaters on the American side of the border. It says that the SeaVue opened in 1948, and might have been the same house earlier called the AM-BC Theatre and the International Theatre. The 1948 opening is plausible, but I’m a bit skeptical of the aka’s as Blaine did have at least two other theaters at various times, and one of them could have become the AM-BC/International. The Ivan L did vanish from newspaper listings about the time the AM-BC first appeared, though, so it’s possible they were the same house.

Launched September 30, 1948 as the SeaVue Theatre, a quonset hut style theatre built in 1948. It likely closed on March 30, 1987 as ads are discontinued after showings of “Babe” and “Lose Times at Ridley High”

Full-page ad in the Vancouver newspaper: 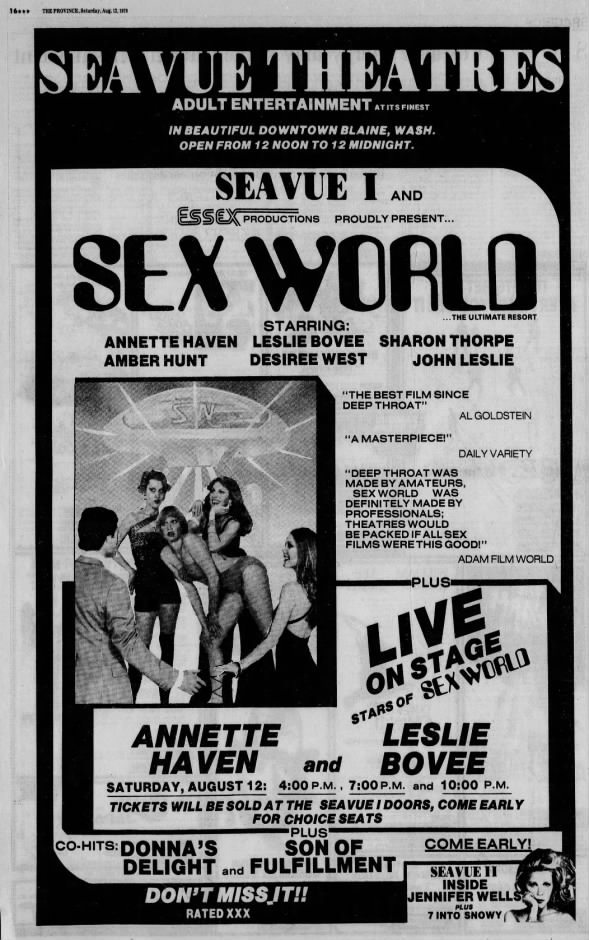