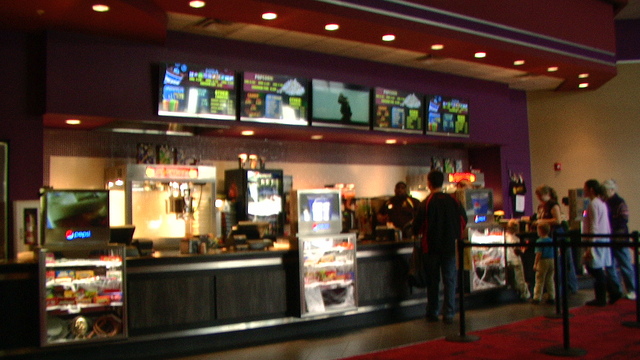 The SEEfilm Cinema opened on June 22, 2012, it was described as bringing the neighborhood cinema back to the Puget Sound area. The northwest was considered an underserved area. The theatre features 10 modern auditoriums with digital projection and sound, 3D capabilities and first run attractions.

Any further information on this cinema would be appreciated.

James Blissett, principal architect with The Design Collective, the Seattle firm that designed this multiplex, is also a partner in SEEfilm, the company that operates it. SEEfilm intends to build additional cinemas serving smaller, under-served markets such as Bremerton.

Built atop a parking garage in downtown Bremerton, this 1,400-seat multiplex features auditoriums seating between 48 and 280. Four screens are equipped to show 3D movies, and one auditorium, admitting only patrons over 21, will have beer and wine available.

The Design Collective has designed at least ten other cinema projects, some newly built and some expanded or remodeled, at locations in Washington, Oregon, California, Alaska, and one project in Ohio.

Another nearby theater is the Bremerton Cinema which shows only adult movies.

I made 2 visits in 2012. I was impressed with their approach to the glamour of old Hollywood mixed in with new technology. For the sake of trying it out, I checked out the VIP room which is 21+. It has potential & more comfortable than the other theaters. But the 2.50 upcharge isn’t worth repeat visits. The ‘special’ snack bar items & beer out of a bottle didn’t cut it for me.