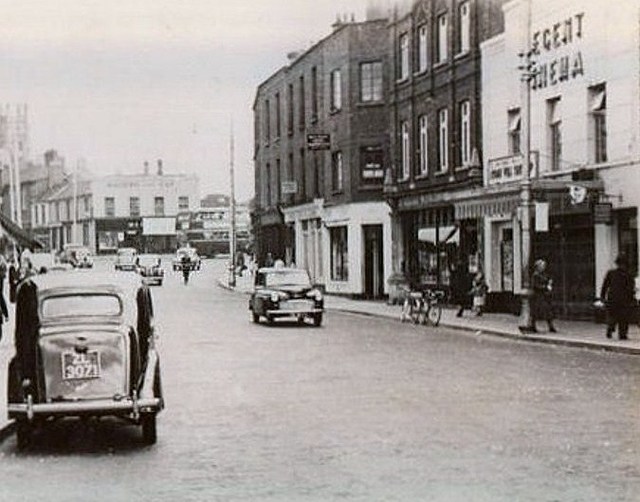 Located in Blackrock, to the south of Dublin. The Blackrock Cinema Theatre was opened on 28th February 1914. Seating was provided for 700. It was closed in 1929, due to the bank foreclosing on the premises.

It was converted into a bicycle shop and a billiards hall.

In the late -1930’s it was acquired by Associated Picture Houses, and they employed architect James V. McGrane to remodel the building into a 556-seat cinema, and it opened as the Regent Cinema on 24th February 1938 with Deanna Durbin in “Three Smart Girls”. It had a 20 feet wide proscenium, and was a rather narrow building.

By 1954, it was operated by Odeon (Ireland) Ltd. The Regent Cinema was closed on 25th March 1961 with Peter Sellers starring in the final two films “I’m All Right Jack” and “The Running Jumping Standing Still Film”.

The building was converted into retail use, for many years operating as a fishing tackle shop, and then an indoor market. It was later demolished.