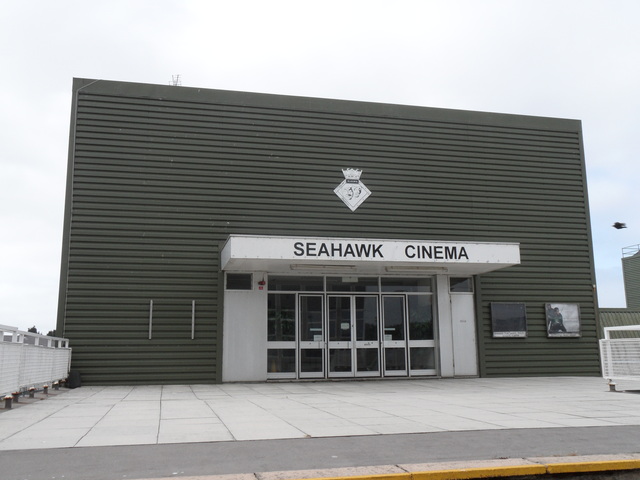 The Seahawk Cinema is on the large naval base RNAS [Royal Naval Air Station] Culdrose, on the outskirts of Helston, Cornwall. It is operated by SSVC [Services Sound & Vision Corporation], formed as an amalgamation of the Army Kinema Corporation and RAF Cinema Corporation. Access is usually restricted to service personnel. The cinema dates back to the 1970’s and is now equipped with 2D and 3D digital technology.

In July 2013 (when, despite the camera data, my photographs were taken) films were usually shown on Tuesday, Wednesday and Thursday nights. The cinema doubles as a briefing facility during the day. (Note for future visitors: When I enquired at the main gate a very nice, if rather bemused(!), chap from Public Relations accompanied me to the cinema and allowed me to take my photographs.)