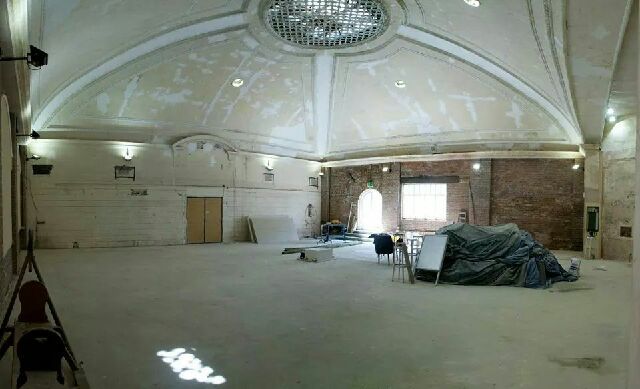 Located in St. Leonards-On-Sea, close to Hastings, East Sussex. The 650-seat Kinema Palace was opened on 5th November 1913, and was the first purpose-built cinema in the town. It was re-named Kinema in July 1921.

The Kinema narrowly escaped destruction twice in 1943, when it was the target of German bombers. The first raid was on 23rd May 1943, when the almost adjacent Warrior Gate pub was hit, killing 25 people. The second attack later in the year again missed the Kinema, but destroy buildings halfway up Norman Road.

In 1952, the façade of the Kinema was remodelled to an Streamline Moderne style and it was re-named Curzon Cinema. The Curzon Cinema was sold to the London based Classic Cinemas chain in 1966. There were attempts to turn the building into a Vogue Bingo Club and a sex cinema, but these plans were refused. The Curzon Cinema was closed on 23rd January 1977 with “Raid on Entebbe”.

The building was taken over by Brookers building merchants, and the façade was altered in the late-1980’s. In late-2014 work began restoring the Curzon Cinema with a view to re-opening in 2015. It reopened 9th July 2015 as the Kino-Teatr with seating reduced to 100. The first presentation was a play, and films will also be a part of the programming.

The Curzon Cinema is currently being restored and will show its first film for 38 years in 2015.

The whole building is called the Baker Mamanova Gallery after owner Russell Baker and Russian art exhibitor Olga Mamanova. The cinema is being restored and called Kino Teatr . It is due to open with a play on July 9th