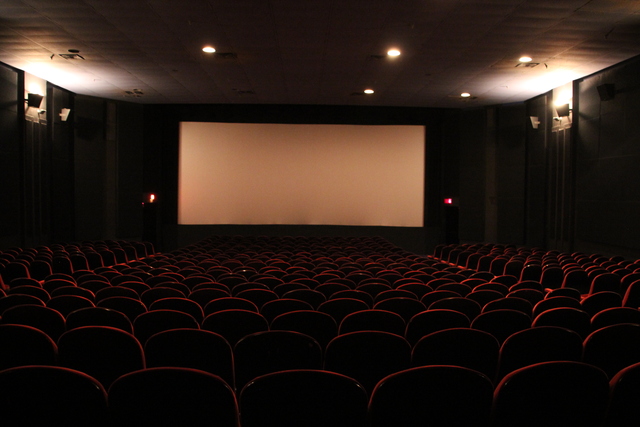 Opened with 2 screens in 1974, then expanded to 8 screens in 1997 and 4 VIP cinemas added in 1998. The original two screens from 1974 still exist and are now cinemas #7 and #8, that still have a THX certification plaque outside the auditoriums.

Opened by Canadian Theatres and in later years Canadian Odeon and Cineplex Odeon.

The name should be titled Cineplex Odeon Varsity & VIP Cinemas.

Uploaded the 1974 and 1997 grand opening ads in the photo section for this cinema.

Name should be changed to Cineplex Cinemas Varsity and VIP

Some history: It opened as a dual auditorium in 1974 at the top floor of the Manulife Center with one large theater (formerly #2) with over 600 seats, and one smaller auditorium (about 300 seats). It was a big premiere venue for many titles for decades, including the first theater in Toronto to play STAR WARS on #2.

In 1998, Cineplex Odeon expanded the venue with six additional screens, and a year later added their first VIP cinemas in Canada. These are located to the left of the main lobby as you enter. Theaters #1-6 had what Cineplex called at the time “Sightline Seating” but is pretty standard stadium seating in the rear section of the theater like most theaters built in the era.

More renovations have happened here from the mid 2010s: All the original screens in the VIP auditoriums and in #1-7 masking and screens were removed for larger, floating screens were installed along with updated leather rocking seats. A few rows in theaters #1-6 are “Prime Seats” which are reservable wide leather seats and cost a few extra dollars over regular admission. While the seat count is moderate, all of the screens are of pretty large size in good sized rooms. A really great place for a big screen experience.

Because of this 1998 renovation, the original auds #1 and #2 became #7 and #8, and you can tell much of the original theater is still there which is a nice touch to the place. It’s great to see old and new in this location retaining its history. The seating for #8 is now at 465 from about 600 originally.

7 is still the original flat sloped small auditorium, and #8 has also remained the same slope. #8 is capable of projecting 70mm and has a fixed 2.20:1 screen in the auditorium. Scope and flat movies play within this frame so there will either be letterboxing on digital formats. #8 also has retained the original 1998 European style seats which are a bit worn, and I’m hoping this auditorium updates its seating one day.

While the theater is of course fully accessible and getting into the original cinemas are a breeze, #7/8 are a touch more difficult. As the Varsity twin was not accessible when it opened in 1974, a special hallway was built in the 1998 renovation to the left of aud #7 entrance. Anyone needing to use a wheelchair or need a barrier free access would need would need to find a manager, open the accessible door and go all the way around the perimeter of the auditorium and enter through the exit doors at the front of either #7 or #8.

Seat Counts as of September, 2019 (provided by LCBO notices posted on all auditorium doors):

I have added many photos of my visits over the years onto this gallery! Again, it’s nice to see a theater with many decades of history nicely expanded and renovated over the years and will continue to remain open for quite some time.

This theatre opened in 1974 with two screens with The Savage is Loose and Don’t Just Lie There, Say Something! It expanded to eight screens on December 12, 1997, with eight screens with The Jackal (DTS), Alien: Resurrection (SDDS), Scream 2 (Dolby Digital), For Richer or Poorer (DTS), Deconstructing Harry, and Home Alone 3 (Dolby Digital). As far as I can tell, the four VIP screens opened on April 3, 1998, with The Full Monty, Fireworks, and Mercury Rising (Digital). The company renamed it to Cineplex Cinemas Varsity and VIP in 2015.

Some quick updates after a visit just a day after TIFF 2021 ended:

The first four rows in #8 have all been removed but none of the rows have changed their lettering, so it now begins in Row E. Not sure why this was done, but it definitely has taken out some of the more undesirable seats.

Previously I mentioned that the screen in #8 was permanently set to 2.20:1 for 70mm, but the screen has now been remasked and fixed at 2.39:1. I saw SHANG-CHI here and it really was a great presentation in front row E center!

This location also frequently offers 9:30-10am showtimes throughout the week, which is a rarity in Canada.

Added a few more photos from the very hard to find book Cineplex Odeon: An Outline History including the original lobby when the complex was just a twin, the original auditorium #2 and a rare look at the original VIP auditoriums with unique “French Quinette Gallay” seating!