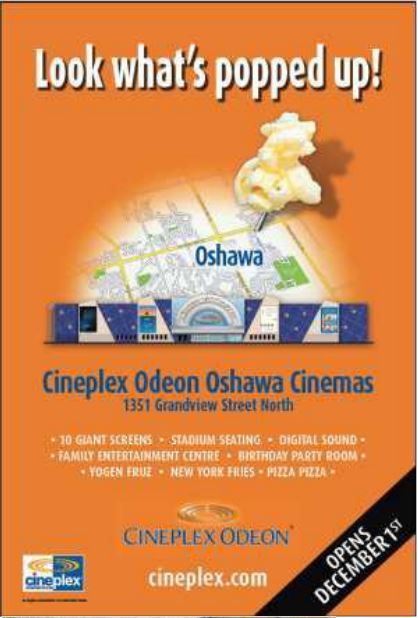 Multiplex in a strip mall. The Cineplex Odeon Oshawa Cinemas opened on December 1, 2006.

This theatre opened on December 1, 2006, with The Nativity Story, National Lampoon’s Van Wilder: The Rise of Taj, Truistas, Tenacious D in The Pick of Destiny, Deja Vu, Casino Royale, Happy Feet, The Santa Clause 3: The Escape Clause, and Borat. The nearby Famous Players Oshawa Centre was still open at this time until 2008. UltraAVX was added in 2014 and recliners were added between 2016 and 2018.