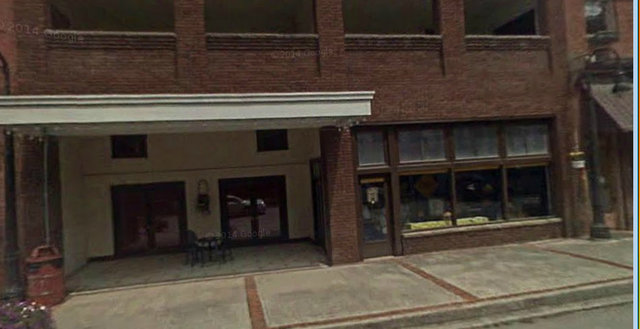 The Bramwell Theatre was opened in 1921. Seating was listed at 210 seats. It was part of the Newbold Theatre Circuit. The theatre closed in the early-1960’s. The building is still standing but the front and entrance has had a nice makover, but no mistaking it was a theatre entrance.

The November 26, 1921, issue of The American Contractor said that Bluefield architect Alex B. Mahood was drawing plans for a two-story moving picture theater and apartments to be built at Bramwell, West Virginia.

This web page has a brief news item from 2012 saying that the Bramwell Theatre was to be restored. Funds had been acquired, and it was hoped that the project would be completed the next year, but I think they missed their target. I can’t find any events scheduled for the venue, but a new roof was put on the building in 2013.